With and Without Her: "Where it is normal for life to be unspeakable"

In her new book – With and Without Her: A Memoir of Being and Losing a Twin – Dorothy Foltz-Gray shares the story of her sister's murder and the immense grief she endured following the death her identical twin. This is the second of two excerpts from Foltz-Gray's powerful memoir. Read part one here. 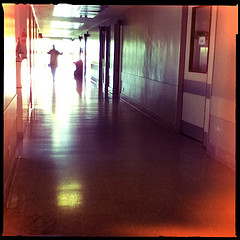 My sister did not die for eight more days, although her brain died the moment she was shot. That first morning, we return to the hospital and the nurses have moved her out of a private room into intensive care, and when we tiptoe in to see her, we find ourselves in public, with other dying or gravely ill patients and their families, each patient separated by gauzy curtains and the machines that pump out life. I walk down the hall to see Deane, although I am unable to speak to her in front of strangers. The intensive care unit, despite its opaque separations, is crowded and chairless like a small grocery where people have to turn sideways to get past each other, the steady beat of machines, the Musak. My mother follows me and, strangely, this angers me, even in this space where privacy is not possible. And for that moment, Deane seems unreachable. My mother sees my spurt of rage and turns back. But I am dead to her sorrow, to anyone’s sorrow but the dry space newly mine. I stand by Deane, holding her hand, watching her face, wondering how I can fall into whatever space she has retreated to. Her silence is a script I read, and we leave our mother as we always have. When I walk back, my mother sits in our hospital room, turned away from me. Together we move back into the dead, impartial air.

That afternoon, my brother arrives, and when he sees my face, he too knows what we wait for. My face, he recalls, “a thousand miles of desperation.”

He sits beside my mother, lifts her hand into his, asks me to sit on his other side.

“What are they saying?” he asks.

“We haven’t seen the surgeon yet,” answers my father. The rest of the floor where we have our room remains void of patients. Perhaps hospital personnel have isolated us because my sister’s killer is still at large. But this is not a question we articulate. Instead we greet the countless people—Deane’s friends and colleagues—who have the courage to face our blank, white sorrow. For we are ghosts ourselves, almost without affect, dry and silent. We have phone calls to make, although I remember few of them. When do I learn to say, Hello, my sister is dying?

She has been shot, and she is dying. I tell the story over and over, call people who have not heard from me in years, their voices joyful, then withering to silence when I say the words. After one of these calls, I lie down in a separate room, away from the others, on a stiff hospital bed, and look at the blue that fills the window, the sunny sky, the edgy New England weather. Today I am struck by its persistence. What can I do with such a bright day, when death sits in its middle? I want a bruised sky. But what I see is the sky’s survival. What I see is that nothing will stop except my sister. 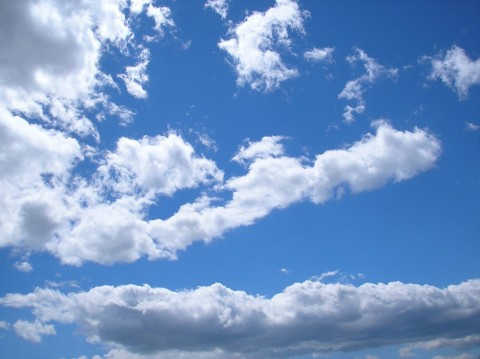 The flowers pour in until our sitting room is full. To the Foltz family. Deane’s friends crowd in as well and spill into the hallway. Many people I have never met, her colleagues who know Deane’s death might have been theirs. They recognize me without introduction. As they approach me, their faces wince and all that these people understand of sorrow and luck lies open for me to see. Although they are strangers, we are oddly intimate. I am their chance to say goodbye, to see Deane one more time, to get as close to her as they can get. Once they say their names, I recognize them in turn, the people Deane told me about.

I have not eaten for twenty-four hours. Food seems like nonsense, an affront. But I also do not feel well. We walk to the hospital’s underground cafeteria for food. I watch the people come and go, wondering what their stories are, whom they are losing upstairs. I order a bowl of chowder and dip my spoon in. But when I taste the salty cream, I also remember Deane, and swallowing becomes something I used to do.

We have yet to see a doctor, but today, day two, the nurses say one is coming. He is a brain surgeon who meets with us in an empty hospital room. I look closely to memorize the face of the man who let my sister go. He has dark eyes and hair, and he is brief.

“The back of your daughter’s head was hit by a .357 magnum bullet.”

We stare at him, waiting.

“Is there any hope?”

“A .357 can destroy the engine of a car. If we take her off the respirator she will die.”

“Her movements now are like the movements of a chicken with its head cut off.”

We already hate him, but that ugly sentence makes us wonder what news he thinks he is delivering. He stares back at us, as if bewildered by our anger. That night we go to a restaurant for dinner—my family; Deane’s husband, Art; her best friend, Sarah, and husband, Gary.

“What did you think of the doctor?” my mother asks me down the long table.

“He is a dirty f***er,” I answer, and my Southern mother, who has never carried f***, even close to her beautiful lips, smiles at me.

By Monday, I have developed a case of poison ivy, picked up the day before my sister was shot, as I trimmed the hedge, readying my yard in Tennessee for her visit. My sister would not care about the hedge, but clipping seemed to bring her sooner. I didn’t see the poison growing among the leaves. So I too go to the emergency room, to the same doctors and nurses who had cared for my sister only three days ago. Yes, you look just like her, they tell me. Already I love any word of her, any connection I make to those who saw her, who know what happened to her, who tried to save her. They feel it, too. They like seeing me, to help her. But I hate being there. My own body is beside the point; poison ivy is nothing, an embarrassment. And yet the poison keeps pumping into my reddened face. The medics give me a shot and prescribe ointment, and they talk to me about Deane. They regard me with sorrow, but they are skilled at death and loss, and so they also let me see a simple happiness: their pleasure in how much we look alike. They were the last to see it. They fetch me her ruined clothes. I look into the bag and realize the clothes are as changed as her face, so darkened with blood I cannot recognize them. I throw the bag away.

I go to a drugstore near the hospital to get the ointment. The clerk smiles, asks me how it’s going, makes a joke about poison ivy, the crisp weather. I am supposed to say something, but I can’t. I can only speak in a tongue that will make me seem crazy. I am glad to climb back into the car with my mother and father and Dan, where it is normal for life to be unspeakable. 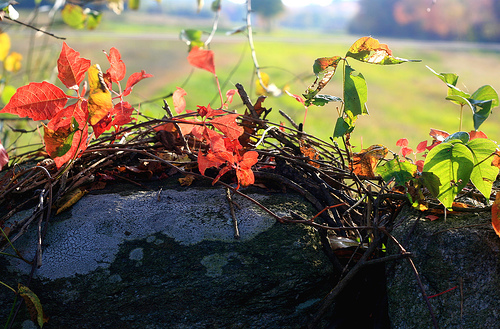 Dorothy Foltz-Gray is a freelance writer, editor and author of several books including Make Pain Disappear and Clean Sweep: The Principles of an American Entrepreneur and the Company He Founded. In her latest book, With and Without Her: A Memoir of Being and Losing a Twin, Foltz-Gray remembers the childhood she shared with her identical twin, and details her struggles in the wake of her sister's murder.