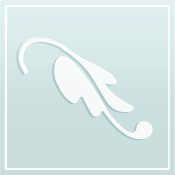 Holly, your sister knew how much you love her. It's a normal thing for siblings to love one another. You share the same parents and you will always love her. It's so much better to have loved someone than never to have someone in your life that you loved so much. Nonetheless, that is little consolation when we don't see that person to speak with any more . I wish I could wave a magic wand so you wouldn't feel so sad. I remember how I felt when my only sibling passed. I still miss him but it's not intense like it was when he left the physical world. But my life was never the same. I often feel that I'm being punished because something that was important in my life has been taken from me. Take care of yourself my friend.

holly johnston said…
today been so tough i would laugh and cry every time start thinking of my sister.wishing and hoping she.new howmuch i love her

When we lose someone we love as young as you lost your sister it's not unusual to feel as you did today.

I lost my son/only child Joe when he was killed by a drunk driver who was a hit and run. However he was caught. The drunk driver was in jail  and released within the week on bond the same day we buried our precious son Joe. Joe was riding his motorcycle and was a very careful driver as he was 42 years old.

I lost my brother Richie to a massive heart attack in 1995 and I understand the pain of losing a sibling. My parents are both gone now, as I lost my mom in Nov. 2012. I have no other sibling or child only my husband. I really have no family to speak of any longer.

It will come in waves when the pain hits and you cry and scream just know that it's all normal. You may find yourself waking up thinking of your sister, during the day and before going to sleep. It will subside after awhile. Unfortunately, this is the grieving period we go through when we love someone in our family. It's still difficult to accept for me. But I try to keep busy with being involved in the community. If you want to know about it I'll tell you.

I don't understand what you mean when you stated that the hard part is not knowing. It isn't a month yet that the incident that took your sister occurred. My son was killed by a drunk driver 4 years ago this April 5, 2014. They still have his wallet and personal belongings and won't release them to us. My husband and I were sent a letter from the prosecutor from the county that the incident occurred to write a letter to him as to the impact for us as to what happen to our son.

First I wrote something of how I felt inside for myself. Then I typed out a letter with no spaces and filled the page. My husband only sent in about a paragraph.

I am curious about this case but don't want to ask you questions. If you want to tell me I'll read your post and respond as best I can to you.