I am trying so hard to get on with things. I hung a pic my son had made for me a couple months before he was called home and I find myself missing him more. When does the heart ever stop missing him do bad u can't through the day without crying or that u don't work yourself to the ground that all u can do is fall asleep when you sit still for 5 minutes? Sometimes I feel like I am going to die. My heart races and I want to run because I miss him so bad. What do you do? Nothing seems to fit… Continue

I don't even know where to start - Just getting out of bed each day hurts and is exhausting!

Lost my son Dec 15, 2009 when I found him dead in his home. I last spoke to him on Friday evening when he got home from work. He was cold tired and sounded weak but the extreme cold we were experiencing had everyone feeling poorly. I should have tried to get my car started and gone over.....
The pain is crippling .. I don't know where to find the monies for a niche...as he had no insurance as he did not qualify due to preexisting health issues--His (separated) spouse won't let me keep them… Continue

Hi,
My Mother died July 22, 2009 and my life hasn't been the same since. She passed from complications of COPD. She was my girl.... my bff. I can definitely relate. My Mothers sister is now ill. I can't bring myself to call her. I guess I am not ready to deal with this. (My daughter and I were the main caregivers for 2 years). People just don't understand that to a certain extent you just want to be left alone. Not having to answer to the all too familiar question "How have you been… Continue

Please help. My mom lost her long battle with Alzheimers a few days ago. We were extremely close before and during.

Now my father (whom I was also close to) is showing extreme anger to me. This includes yelling, not allowing me to help with the funeral plans and idealizing a daughter-in-law who was not close to Mom in later years.

Why is he turning against me at a time like this? I've made it plain I don't want to do anything he doesn't want me to do but he blew up when I… Continue

Missing you so very much

Michael, Dad and I know what you would have wanted but we are unable to follow through as we do not have an say in what is going on. We believe you signed the divorce papers but they were taken from your house before we had a chance to look at them. So we will never know. We do know that you were going to sign them if you had not. So we once again have to watch what we all built go down the drain because of what I think is greed. I am so very sorry we cannot help. But please remember that we… Continue

Jan 14TH 2010 was the first anniversary of losing Mama. I took 4 days off work. She was my world. I am as numb as I was a year ago. I would not wish what any of us are going thru on my worst enemy.When will things begin to look clearer again!!

Will the pain ever stop

Today is the 11th anniversary of the death of my son Ranzy. I am still having trouble handling the holidays, birthdays (Feb.16th, 1979) and death anniversary. (Jan.14th, 1999) Ranzy was killed by a drunk/ drugged up driver. He and his high school sweetheart were only married for 3 1/2 months when the wreck happened. They just found out they were going to have a baby. They were so excited. They had their first apartment, both worked at the same factory. They went all through school together and… Continue

Hello Everyone,
All of you are in my prayers for strength. I just survived the two year mark of my son's death. That was Jan. 9th. The day before was really hard for me. All I did was cry and pray that God was with Rich and both of them would help me get through the next 24 hours. God heard me, and answered my prayers. He does hear our cries for help and He will answer us. Saturday, 1/09 our Lord was with
me the whole day. I felt the most peacefulness and thankfulness knowing Rich was… Continue

My name is Lisa. On November 12, 2008 I lost my best friend. My mom at 72 was the PICTURE of health. Never took a pill for ANYTHING. In December of 2007 she started not feeling well....not being able to eat....cough, etc...which landed us in the ER. She had a residual gallstone lodged in her bile duct leading to her liver. Bam. They removed it, and she felt GREAT! As the months went by, they had her come in for regular check ups to keep… Continue

Hello ,
I was wondering if anyone share what I am going thur , My mother has been deceased for over 20 years . I was a rather little person . It did not affect me too much than, but I must say today after so many years I am very much affected . I often wonder about the what -if's and the what would's be . I do not have a close relationship with my siblings and that bothers me as well , its like I feel empty and I was wondering is this natural ? because it is not a good feeling . 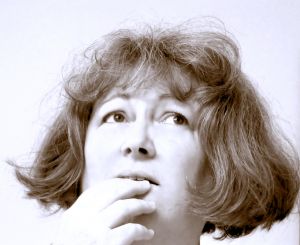 It has been two months since my brother left us , he died from diabetics he was only 44 years old. He was 22 years old when he was first found out what was wrong with him. Life was good for him ,young and free. All his life he was on insulin dependent and his levels were fine to about 2 years ago . He was in and out of the hospital ,and my parents how to take care of him because he was't taking care of himself. He weigh only 125 pounds and he ate all the time , he was a very sick guy but at… Continue

Losing my nephew suddenly to a drunk driver is overwhelming. He was on his way to work sitting at a red lite when this man decided to get behind the wheel, four times over the legal limit. Our only p…

Losing my nephew suddenly to a drunk driver is overwhelming. He was on his way to work sitting at a red lite when this man decided to get behind the wheel, four times over the legal limit. Our only peace is Scott died right away. Scott will get justice because this man is in jail and being charged with murder. This will go on for awhile as we keep track of this man with court dates. Continue

I had a wonderful mom I lost her July 2009 I never imagined life without her, now I am living it, I think about my mom hour after hour now for almost 6 months, I dont know how my broken heart is still beating, I never experienced this kind of pain in my entire life and I am 48 years old death is something I will never understand. sure I go to church and I am catholic and I thought I always new or should I say believed what happened after you die but when it hits home like this I have to… Continue

Never stepping over the line, my late husband’s suicide was an especially hard concept for me to understand, for what goes more against societal rules than taking… Continue

Nov 2 1967 - Nov 8 2009. It feels like yesterday he was born. Like so many in my age group I've lost family and friends....nothing like this. My heart feels like it will never mend. When I cried this…

Nov 2 1967 - Nov 8 2009. It feels like yesterday he was born. Like so many in my age group I've lost family and friends....nothing like this. My heart feels like it will never mend. When I cried this wailing sound came from somewhere in me that I at first didn't recognize. I came here because only a mother who has felt their child grow within them can understand. I just hurt. Continue

Poem for my hero

My hero is my son, God called away.From the first breath until last,I stayed by his side, hoping and praying I could take his place. His laugh could make the angels sing. A heart of pure gold was Gods gift to him,he took what ever fate was in his way. He took it all and never complained. His last words I heard him say, I will fight all the way. God called him to heaven so cancer couldn't win his battle.
I don't think I can take this I miss him more each day and I don't know where to turn.… Continue

We hear about tragic accidents everyday, we read them in the newspaper, see the on TV, or hear the horror stories from other. Its especially sad when someone young with a brillant future passes away suddenly, well thats what my story is about. I was the driver of a vehicle/ motorcycle accident that led to fatality. I was making a left hand turn, he hit the left hand side of my car, coming through the passangers side window and into my passangers seat. I saw him when I made my turn, but he was… Continue

It will be a year that me and my son came home to find his father hanging.We buried my girls' dad 6 mo. before that.Now one of my girls is suicidal leaving me care for her one yr.old son,while I work.As we know now we have 6 fold the workload.They think they needed a break - I do and I will not do it permanatly and I will always have my kids' best interest in heart and mind ...