Hi everyone. I am glad to find a place like this. I lost my partner of 6 years to a motorcycle accident 5 weeks ago. He was coming home from work just like every day for the past 7 years. A distracted driver hit him and he was killed. He had zero tolerance for distracted drivers - he would get annoyed if I were rooting around for something in my purse while driving and would reach in and get it himself. It seems impossible that this could happen. He was always so careful. He was the most…

Our daughter was killed in an automobile accident on June 22, 2012. She had been married for just three years and was taking off in her career. The world we had known up to that time has been changed…

Our daughter was killed in an automobile accident on June 22, 2012. She had been married for just three years and was taking off in her career. The world we had known up to that time has been changed beyond explanation. We are trying to find our way as a new family unit but still knowing she will always be a part of our family.

on this blog, you can find a few posts about my grieving of my son, how I decorated for Christmas and how I felt, coming back after the holidays.

My son died in May 2012 in a car crash as passenger and since nothing is the same anymore.

Also find some art& craft things I have done to distract me from too much thinking....

I miss him so much! He is 30 years old and is the father of 2 beautiful girls, Paige and Leigha. Paige is 4 and is special needs with Down Syndrom. God chose Bryan as Paige's Dad. He loves her so much and loves to play with her, he is so proud of his daughter. Leigha was born on the same day as Paige only 4 years later. She is just 6 months old and starting to roll over. Bryan had so little time with her.

On Nov 28, I was woken by my daughter in law and her father along with 2 men… 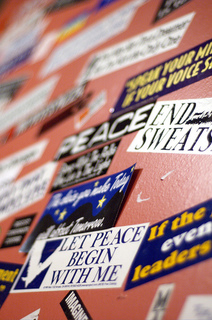 Imagine if you had to sum up your life in only a few words. What would you say? What area of your life would you focus on? Work? Family? Philosophy of life? Would you simply state husband, wife, mother or father? All of your life experiences expressed in a short sentence...

This seems to be an impossible task. Yet it is exactly what is done every day when people design their loved one’s marker or monument. Beyond the name and dates, there is a small amount of space…

Death of a parent

Nothing can prepare you for the loss of someone you love dearly. I lost my Mother in 2003 and most recently lost my Father unexpectedly. He had moved in with my husband & I due to his health. He was sick but not to the point that we had any indication that he would be called to Heaven so soon. There is little we know about how families grieve over time. Although the field of grief research is growing, we have yet to explore much about family bereavement. And we know even less about what happens to military families who have suffered the death of an active duty soldier.

With the number of military deaths increasing (not just those killed in action but suicides and accidents as well), there…

What I’ve learned about grief and loss 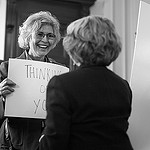 Not much has changed in the ten years that I have been writing about grief and loss. There’s still a sense of discomfort in dealing with the bereaved. Friends and loved ones continue to seek the perfect words that will comfort the bereaved. They’ve yet to learn that no one thing that they say or do will make the pain go away.

So what have I learned that may help you…

It was a cold day in Olive Branch, Mississippi, and it began to snow.  The school announced the closing and Matthew was so excited.  A day to play in the fresh fallen snow!  As the snow began to fall he found everything he could to slide down the steep little hill on the side of our driveway.  In his fun he lost his glasses and did not even miss them.  After a full day of fun with his friends he came in for a warm bath and meal,  and cozy up by the fire in his pajamas and watch tv with his…

loss of a Child

OK I am going to make this as simple as it can be for now I have lost a child and still do not know how to deal with it.  I have been through counseling I have been on the medicines to be exact i have been on 5 different types of them.  This is the story, I was just graduating school and was planning a wedding to the man who i was with 3 years prior.  We  found out we were expecting and honestly i was so excited and  scared at the same time.  We did all that we were suppose to of picking out…

For years Ive thought about suicide as my way to end feeling and thinking like this. All those times I made my way past my obsticles. Sometimes there comes a point when somebody breaks, they just can’t deal with everything going in their head, in their life, or just how they feel because of certain situations or experience they have had. I truly believe that I am one of those individuals who commit’s suicide, and with my mental illness It makes sense. I have been suffering with feelings and…

Healing Takes Place in the Silence

After your loss, it’s possible that the way you communicate with others has changed.

Perhaps you are more chatty than usual – sharing your story with all who will listen.

For the most part, I am a very private person; however, for a short time…

My Hero, My Angel

On December 5, 2011 at 7:20 in the morning I was awakened by my brother as I slept in the window seal in my dads hospital room. As I opened my eyes I realized I wasn't dreaming, and the nightmare that had started about two years, before was actually my reality. My first love, my hero, my superman was struggling with each breath he took. Seconds felt like minutes before he took another fast intake of air. As my mom, two brothers, my son, and I stood around my dads bed I realized dad was holding… Continue

My wonderful son. I can't believe you have passed on. Its unreal how we watched Whitney Houston's funeral together and later the same year you pass away. She left behind a beautiful song that reminds me of the final moments of your life. I am very proud of you. I admire your strength and all that you accomplished while you were here. So, lift your head my son. You did very well. Rest in Paradise. Love you! Mom

Dear Liz,
I really wanted something that I could touch on me at all times that would help me feel connected to you.  I thought of a charm.  That's what helped me so much after my miscarriage.
I went on Etsy.  Found a charm at a very reasonable price...from this very nice lady...and I ordered it.  I just got it a few days ago.  I guess I didn't pay any attention to the size...because it was smaller than I expected.  But each day I seem to love it…
Continue

A short video in honor of my Mother, Patricia Guinn McKool, who passed away suddenly November 5th, 2011. I miss her so much. Words can't even begin to convey the emptiness and pain that has encompasses our heart and souls since her sudden departure.

Until we meet again, Mom. I love you always and forever!

A short movie dedicated to my Granddaddy, the late Charles Edward McKool, Jr. He was a businessman, but his family always came first. The amazing intelligence he possessed was only superseded by the size of his heart. Being his first born grandchild, I was extremely blessed to have had him as a part of my life for 24 years, though I would give anything for it to have been longer. Simply put, he was my idol.

A short video dedicated to my late husband and companion of 16 years, Ron Alford AKA the legendary female impersonator, Sheri Powers. He was an amazing soul and those who were lucky enough to have known him, will hold his memory in their hearts until they meet again! Q. The mother of a friend of mine died and his aunt has hijacked the funeral. She made all the funeral plans on her own. Afterwards she called and told him when and where to show up for the services. The mother had earmarked money to pay for a funeral, so there is no cost to either party. But my friend feels so angry at being left out of all the decisions that he talks about not wanting to attend the funeral. Why would someone hurt him this way at such a sad time? I’m trying to…