IMLA GULIBEAUX OF NEDERLAND, TX DIED AT 530 PM I HAVE BEEN IN THE FAMILY FOR ABOUT 10YRS SHE WAS MY MOTHER IN LAW RIKY WAS HER SON SHE LOVED HIM SO MUCH AND HE LOVED HER AND TREATED HER BETTER THEN I HAVE EVER SEEN A SON DO THAT SHE HAD GRANDCHILDREN FROM HER SON MIKE THAT HAS PASSED BUT SHE CRYED ALOT BECAUSE THEY DID NOT ONCE COME BY IN YEARS AND LIVE IN THE SAME CITY I DO NOT UNDERSTAND HOW FAIMY CAN LIVE INWITHIN MILES AND NOT EVEN SEND A CARD ARE JUST A PHONE CALL BUT A COULPLE OF DAYS… Continue

What to do when an acquaintance dies 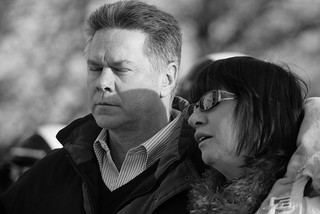 When someone you hardly know has died, it can be shocking to experience strong emotions. This happened to me several years ago; I read the morning paper and realized that the 15-year-old who died in an automobile accident was the daughter of long ago friends. I had only met the daughter once, shortly after her birth, and yet I remember sobbing as I read her name.

We can’t possibly predict how we’ll feel when someone we know dies; and it’s even harder to imagine how a loss…

I miss you more each day, it's hard getting through a day

Would it be appropriate to attend the service of her X husband. That is what my friend ask me. They have been divorced many years and are on fairly good terms. He has a terminal illness. She is the Mother of his 3 children, who are all grown.

What not to say 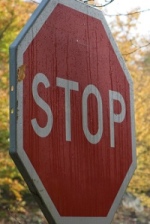 Even those with the best intentions might say something inappropriate to the bereaved. Hurtful sentiments can damage relationships; so many individuals stay away, fearing they’ll say the wrong thing.

So what can you do? Stick to the basics when speaking with the bereaved. Communicate in some way your sadness at their loss and if you have some knowledge of the deceased, mention a quality you admired. For example: “I was so sad to hear of Jill’s death. Her wonderful nature… 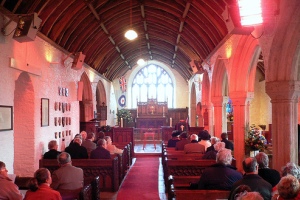 Q. An old friend of mine has died, and I’ve been asked to give a eulogy at the funeral service. I’m very nervous about it because I’ve never done this before. I’m afraid I’ll sound boring or trite. Can you give me some tips so I don’t make a fool of myself?

A. Today it’s rare to attend a funeral without at least one eulogy, and sometimes many people speak. We seem to need formal, thoughtful words to make sense of the death and give us closure in this era of…

Loss of a Mother

I found my mother last Sunday deceased. I was her primary caregiver after the nursing agency that came in to care for her everyday. I am the youngest of three children and have repeatedly been told over the last week how strong I am and how I will not have any problems getting through this be cause I am strong. If I hear that word used in reference to me one more time I might start pulling my hair out. Because people continue to tell me that I feel bad when I start to get tears in my eyes so I… Continue

Ever since I lost my both parents at same time in genocide war in Congo, I can't sleep well and I think about them all day and night, my parents are very sincere and live simple life, We lost both our home and properties, I can never live in country of no peace.
GOD shall never forgive All bad leaders and war Lords. world should unite and say no to WAR Worldwide.

Stand by their side 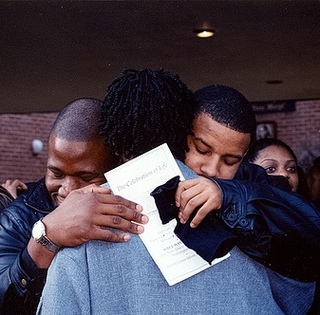 It can be really awkward when someone you know is grieving a loss and you never met the deceased. Should you participate in the burial and mourning rituals at the funeral, cemetery, or home? Do you pay a personal call days or weeks following a death? Maybe you did know the deceased, but you’re afraid to say or do the wrong thing and contemplate staying away.

Many folks have questions on what’s appropriate etiquette following a death. I’ve come to the conclusion that just…

My dad had a MAJOR heart attack on Christmas night of 2006. I rushed him to the hospital where they told me that if he has another heart attack he wouldn't make it. In the mean time anything that could go wrong with a person's body went wrong on my dad. He was in a induced coma for about 2 1/2 months. He had to learn how to walk again due to laying there in the bed with no movement. He went to a rehab in Virginia Beach & was there for about two years. I brought my dad home this past… Continue

My cousin committed suicide in June 2008. My world stopped that day. He was 21 and my little girls godfather. Why cant I get over it - why do I feel so upset still and I cant even talk about it without bursting into tears.

I Loved you so much. I am truly a different person since you went to heaven. I try so hard not to dwell on missing you and it's not always easy.
Mostly it is impossible.
I Love you still...
Mom

I need help finding Lynn Cary Peck's Obituary. He is the father of my grown son. He passed away some time in November 2008 Phoenix/Glendale Arizonia. Born March 16, 1940. Deceased bother Michael Roy Peck and mother Maxine A. Peck.
I would like to obtain this information for his son Michael.
Thanks
Janice Slaughter

How do I create my planner?

Whether you use Get It Together or handle the job on your own, there are a few basic steps to completing and maintaining your personal planner.

1. Get started! Set aside one- to two-hour windows—sufficient to be productive, but not overwhelming. If using…

Get It Together provides a framework

First, let’s consider the process—preparing important documents, collecting related records, storing them securely, talking with loved ones and maintaining your personal “planner” (the name I’ll use for your compiled records). You can prepare your planner yourself, relying simply on the tips in this column. Or you can turn to Get It Together (…

Welcome to Get It Together Now!

Welcome to Get It Together Now, a new column about organizing your important records—for yourself and, eventually, for your loved ones.

If you’ve ever pitched in for someone who has become incapacitated, or if you’ve helped to wrap up an estate following a death, you know how hard it is. It’s hard emotionally to step in to the void left by that person, however temporarily. It can be hard spiritually to lose the companionship of one you love and the partnership of one you rely on.…

3 years and 5 months have passed since my Father Marco Antonios Death. My dad was murdered on September 13, 2005 at Ybarra Jewelers in Eastland Plaza. This case is still unsolved and My family and I pray every day that we find the ones who took my dad away from us in such a brutal, horrible, indescribable way. This impacted us so much because my father was the most charismatic, friendly, down to earth family man you would of ever met. We think about him every single day, not a day goes by we… Continue