A poem for my baby

I carry you with me… Continue

On June 15. 2009 my only son Trey passed away. He was the oldest of four kids. He was only 18. He died due to complications due to surgery he had when three guys jump him and hit him in the head with a pipe. I have just got finish with the three hearings and now I feel so drain. The first two guys pled guility and got 10yrs jail time and 10yrs probation. The third one was the hardest. His family got him a lawyer and he got off with only a year in jail. I know whatever time they got it will… Continue

it has been eight and a half months since my very healthy husband died unexpectedly. everyone here somehow helps me know that what i am going through is what i am supposed to be going through. the coronor that dealt with my husbands death said that grief is real and we have to feel it. we have all had our worlds turned upside down and for most of us that is not what we planned. i have decided that the "one day at a time" theme is a good one because that really is what life is all about no… Continue

My name is Deanna and I lost the love of my life on November 9, 2001 to suicide. He chose to let the Long Island Railroad's Montauk express take his life at 7:35 pm. He told me at 5:25 am and I spent
the entire day, along with some of his friends, trying to talk him out of this most devistating tradgedy. We thought we had succeeded, and he made us all dinner. We all thought he went to the bathroom, but in actuallity he snuck out and must have made his way to the tracks through back yards… Continue

My name is Deanna and I lost the love of my life on November 9, 2001 to suicide. He chose to let the Long Island Railroad's Montauk express take his life at 7:35 pm. He told me at 5:25 am and I spent
the entire day, along with some of his friends, trying to talk him out of this most devistating tradgedy. We thought we had succeeded, and he made us all dinner. We all thought he went to the bathroom, but in actuallity he snuck out and must have made his way to the tracks through back yards… Continue

a subtle message from beyond

we loved to watch the birds in the back yard; our home in a coldesack of a large neighborhood.

on the morning of his memorial service a male pheasant appeared in the backyard. in eleven years this was a first.

i felt this was a sign that all was ok, and i did some research on pheasants. they are an air totem.

"If air animal totems are catching your attention, you should feel very heartened by their presence. Allow their spirit to boost your confidence, and… Continue

Since I have had to get you out of your crib as you asked to come in "mama's bed", since we have have had our morning cuddle with our blankets arranged just right, me under my quilt and you with your blankie. Since we have talked about the dog picture on the wall and looked out the window at the trees before going to drag your sisters out of bed. Since I have held your pudgy hand, since we have snuggled on the couch to watch Dora, since we have split a coffee and punky bread, since I have… Continue

Hi, to everyone. I have been reading about all of you, and I am so sorry for you loss! You see I can relate to each and everyone of you, because it happened to me on March 1, 2010. We received the dreaded knock on the door by serveral officers. I asked the sheriff to please find my son that day, because I had a horrible feeling. When they came to my door, I asked if they had found my son, they said they had, but I could tell by the look on their faces, it was not good. I would not let them tell… Continue 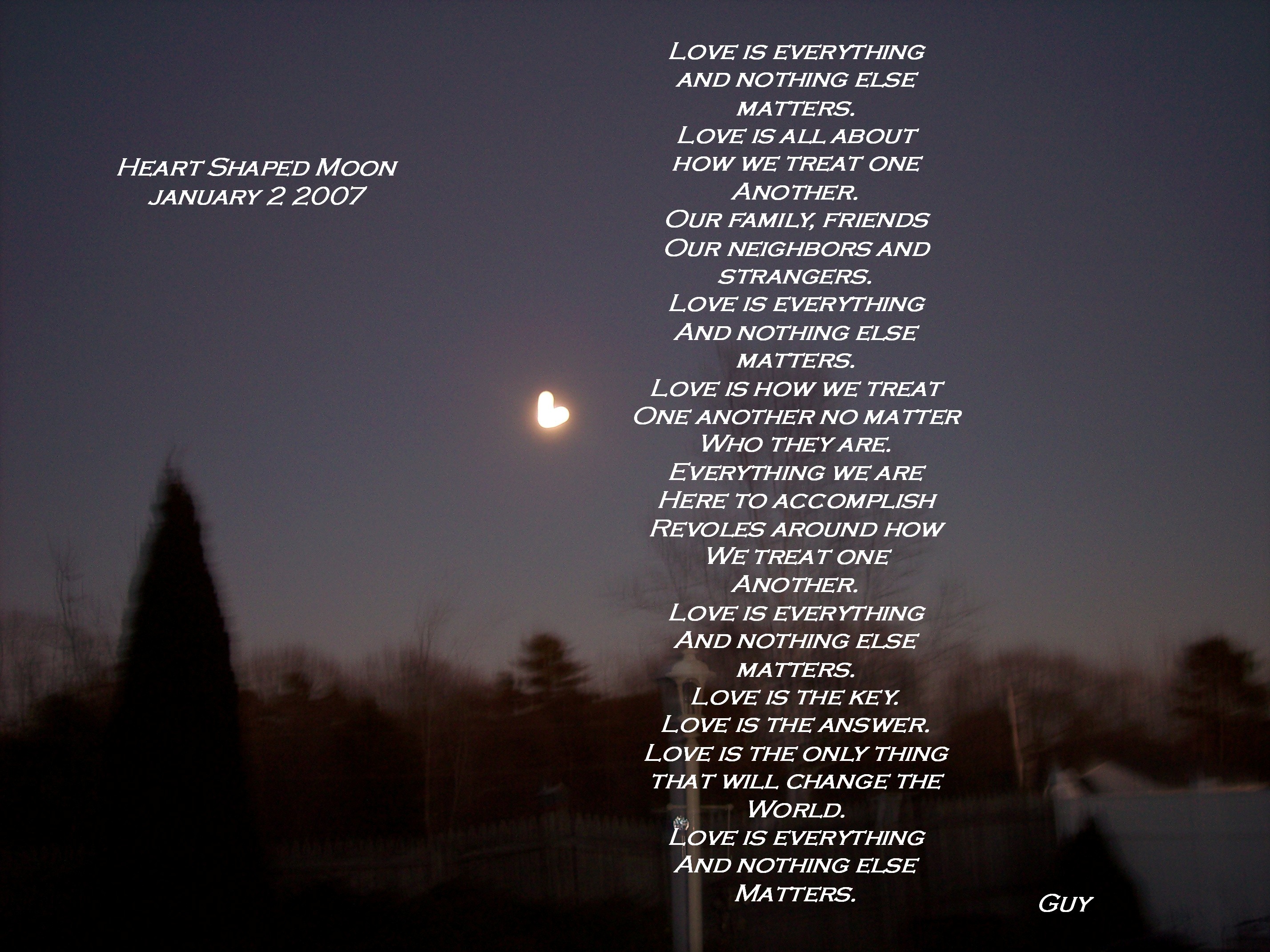 I guess I am angry at myself more then anyone, or the kid that killed my child. It is real bad for me right now. I know it is all in GODS plan and I am perfectly fine with that. But my Daughter is having troubles sleeping and we are 400 miles apart. It is driving me crazy for real that I can't wake up from this nightmare. Life is full of curves, ONE LOVE MARQUE

when family disappoints you

My husband died suddenly and unexpectedly 4 months ago while we were on vacation, in a drowning accident.
I have 3 teenage boys, and thye really have been my strentgh and support. I also come from a big family, and have lived very close , spending lots of time together with the cousins and sisters over the years. It hasn't always been harmony, but i have always had my husband to come home to, talk about things and learned to let the small differences go. At first everyone was very… Continue

gotta deal with the pain

i have tried to make it easier for myself but there is no getting around it......after spending 35 years with one person there isn't much that he isn't a part of in my life. as far as sleep goes...well i take it when i can get it...sleep wasn't an easy thing for me before...it is even harder now...as an army brat i had to adjust to new situations on a regular basis so i have pulled on those strengths to keep me going. i still love life but i miss michael terribly. we were together alot because… Continue

i am just not sure how i can explain my sorrow...it is like a shadow of sadness that is with me all the time because most everything i do had a connection to michael. i go to yoga, belly dance, jazzercise, the women's club, lunch with friends, visit with the kids, take care of the house, yard, go to talk therapy, read grieving books and regular books, went to a grief group, joined an online grief group, talk with other widows that i know or have met. i try to listen to what my body tells me and… Continue

On Feb. 8, 2010, my 18 year old nephew was shot in the head. We do not know if he took his own life or if the gun went off accidentally. Although, a note was left and only stated, "Grandma and Grandpa I Love You and please never let my little girl forget me". We think he might have changed his mind and the gun went off. The gun was over 30 years old and was known for going off accidentally. My fun, caring, handsome nephew passed away on Feb. 12, 2010. This was the first death we experienced in… Continue

So i talked to an attorrney(for my mom) and we have no case. We didnt ask for an autopsy. She was creamated the following week of her death. I feel as if things cant get any worse. I am still having the panic attacks and the nightmares are very real. Its been 3 months since the tradegy and its a lot of work just to get through the day. Some days i just want to go home and crawl in bed and make the world go away. I miss her so much. I need to talk to her to know she is ok. This never should have… Continue

Hello everyone my name is Celeste and I'm new to this discussion board. I recently lost my son Gary suddenly at the age of 15. I havent joined any groups or anything,but as I was reviewing my son's obit page I discovered this blog section and after reviewing some of the discussions I found out that i am not alone in this painful walk. My son passed away on Feb 21st.2010. He was fine that whole day all he wanted to do was clean his grandfather's carpet. Before I dropped him off that evening I… Continue

WAS IT SUICIDE? ACCIDENTAL? MURDER?

Am I going crazy? My 28 year old son passed away on November 8 2009 according to the coroner. I believe it was November 7 2009.Regardless my son is gone. The coroner showed up at my house and told me my son hung himself. She did not see this first hand. She made an assumption based on what was told to her. Ther was no investigation,and I was never asked one question by anyone. I have been frozen in time for months. I miss him so much,he was my son, and my best friend. We talked about… Continue

Grandfather, grand in all his glory and father to many.
He is strong in thought and pure in sight.
He has sung a sweet song and laughed a boisterous laugh.
He has planted the seed and watched it grow to maturity.

Grandfather, veteran of war and veteran of life.
He wears shrapnel of another world and his emotions on his sleeve.
He doesn’t tell of his hardships but of his success.
He loves his wife and adores her… Continue

Mom died Saturday April 3, 2010. I just talked to her a week ago. Mom is our angel now. I just feel angry that you left us so soon, Ive really got so much yet to say. So sorry that your gone. ...

Yesterday was 6 months since I've seen you. Your 20th birthday is in a few short days. I wish you were here. Dad misses you so much, he still can't function correctly. Everyone is going to get together for a soccer game in your memory, all of your friends, and we even invited Kay, because that's how you would want it. I've been so upside down without you. It seems like its only gotten worse the closer we get to your birthday. Alec even misses you; in his 2 year old mind, you just haven't… Continue