When a spouse passes away, you lose your most intimate connection in life. It was in the home that you built together where you felt most like yourself. You were able to bare your soul -- the good, the bad and the ugly -- and still be loved and accepted. Now that he or she is gone, you may be set adrift without a tether to anchor you securely. And so you flail loosely about as you navigate the stormy sea of… 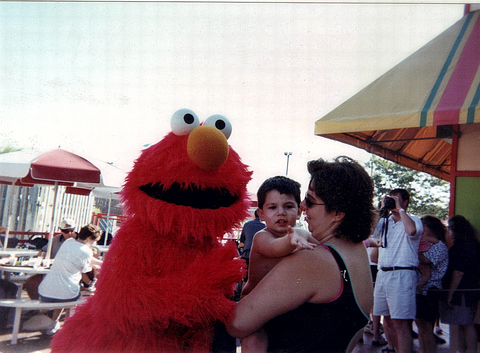 I an so relieved to have found this blog as only those that have lost a spouse or child can feel the pain and loneliness that we have been feeling and it is different than losing one's parents.  Ernie and I have known each other 45 years and married 39 years this August. Unfortunately we were not blessed with children and I've been feeling so alone. I am blessed with family and many good friends, but until one has experienced this type of death they cannot begin to imagine what it feels like. … Continue

This site is new to me and im definately not one for a pity party,and its hard to talk to people about death and depression cause nobody wants to be the "party pooper"maybe i can find some common ground on this site. my story in short.. when i was 15 i found my father aged 33 peacefully expired in his bed in our family home. i will always miss my dad but ive been able to finally remeber him with joy in my heart. when i was 25 tho, i found my little sister jillian 20, peacefully expired in my… Continue

My son wrote the following poem for his farther-in-law's funeral who passed away suddenly just a month and a half before his own death.  He never knew how quickly the last sentence of his poem would come true.  He also wrote a poem for his wife's grandmother who passed away only a month before his death. He was so gifted - I hope God is putting all of his talents to good use in heaven....…
Continue

Tough day today. Really tough day. Went through Sarah's room looking for things to display at her Rosary Sunday night. Found 11 library books that need to be returned, nine of which are books on planning a wedding...

I wrote this September 12, 2001. I wrote to exorcise my demons and tribute those that sacrificed; hoping it would inspire solace all from the words of a little boy, my son Timothy.  His simple little boy wisdom was spoken from an old…

My dad passed away June 2 2011>This has been one of the worst weeks in my life.I have paryed and asked God to please help me through this and make it a lil easier.For the last year my dad had been ve…

My dad passed away June 2 2011>This has been one of the worst weeks in my life.I have paryed and asked God to please help me through this and make it a lil easier.For the last year my dad had been very sick and had to have open heart surgery,the doctors told us he wouldn't make it through it but he did and came home a few days later,then eight months to the day he is gone.I just can't make myself believe that he is gone. Continue The heart wants what the head can't deliver.

I have been a psychotherapist since 1975. I have spoken to many people who came to me about how the  head and the heart are not always in sync. I am living that in real time these days. My head knows that Rose is dead and not coming back but my heart refuses to accept it. I get in my car, turn on the radio and start crying. I tell her how much I miss her all the time. I went to a concert we both would have enjoyed and all I could think about was how much she would have liked it.The waves just… Continue

Last Saturday, The Center for Grief Recovery hosted its first-ever fundraiser walk to celebrate 25 years of service to the bereavement community.  The day was hot, but there was a cool breeze off lake Michigan and the trees offered nice shade.

A group of 60+ people attended the walk, which began with welcoming remarks, a brief history of the Center and its mission, and an invocation by the Center's KC Conway, LCSW.

Before the walk commenced, participants…

I'm up on my toes

as I twirl and spin

I jump and I leap

From one side to another

I raise up in pointe

then down in plie

for so long every day.

To dance is my dream,

We have managed somehow through his birthday and all the holidays and now in just 24hrs on June 7th it will be 1yr since my son Christian left us for Paradise.

The more I hear that time heals the more I want to scream! Reaching out on Father's Day 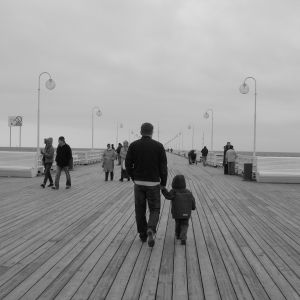 It's become hard to escape Father’s Day, as the holiday, like Mother's Day, has taken on a commercial spin. You’ll find restaurants touting special menus, stores producing Father’s Day catalogs, and every type of greeting card you can imagine, for dad, grandfather, son, uncle, cousin, friend, or you name it.

So if you can’t escape it, how do you take the sting out of the first, or second or third for that matter, holiday that a friend or loved one experiences without their…

Extending support in the wake of natural disasters

With tornadoes and floods dominating the news, it’s easy to feel helpless in the wake of such personal tragedy. In this technology-driven world, we’re witnessing breaking news, reading, seeing and hearing first-hand how these disasters personally impact individuals and communities. Who can forget the faces of those interviewed after losing their loved ones, homes, schools and places of employment?

We’ve seen acts of courage, heroism and extensions of human kindness, but with…