missing my mom and dad...

My brothers and I have lost our father and mother at such young ages. My dad was 45 years old and passed away from heart disease on his way home from work on September 21,2007. My mom was 48 years old when she passed away from kidney cancer on September 26,2010. She was diagnosed the prior year in October 2009. I miss them so much and wish I could just have one more year, one more month, one more week, one more minute, or one more second to spend with them. I would hold them so tight…

I lost my sister last month

Hi my name is Joann McCombs. I live in San Diego, CA. I got a phone call telling me that my sister had died from falling down the stairs but it was caused by her husband. So he got arrested for 2nd degree murder. I went to the funeral in Washington state. It was a beautiful service. I am having a difficult time with this. Me and her were not close sisters because I moved to California in 1995. I don't know how to talk to my nephews or neice about this or start a new relationship with them. I… 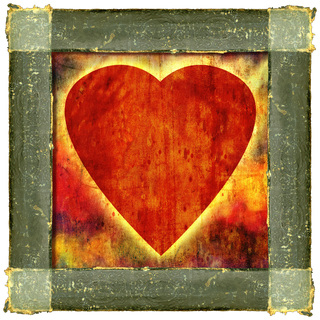 I just lost my husband to lung cancer on may 4th.

My husband died of Lung Cancer on May 4th. He had just turned 60 years old. He was my best friend of 14 years. He was the only family I have expect for our child.

He was in the Hospital for about a month. Before that we didn't know he was so sick. The first hospital sent him home with me with a a lot of meds. It was so scary as he kept getting sicker and sicker for 2 weeks and I called emergency and they took him to another hospital where he died. Sometimes I find it very hard to…

Our Father, Who Art in Heaven 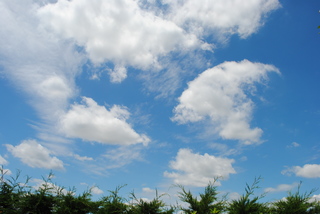 This line of a prayer takes on a new meaning when it is our father and not the Heavenly Father we are thinking of as Father’s Day arrives. The man who was there for us – changing our diapers…or not, teaching us to ride a bike…or not, walking us down the aisle…or not. It does not matter what he did or did not do for us, all that matters to our hearts is that he was our dad and we remember him each Father’s Day. It would be wonderful if each of us was given the gift of a father like…

ALzheimer's, but, GOD what an awful disease.  5 lonnnnnnnnn years of detioration.  I asked his primary doc for an order for hospice, he refused stating "there was no way he could say how long he had …

ALzheimer's, but, GOD what an awful disease.  5 lonnnnnnnnn years of detioration.  I asked his primary doc for an order for hospice, he refused stating "there was no way he could say how long he had left."  I said, "well it's MY dad, and he's on his way out, so I fired him, put dad in hospice, stopped all his meds (at thispoint he could barely SWALLOW!!!.  WHY??? would u make a man who can't swallow take 10 pills a day???? And, I knew he was dying, daddy knew he was dying.... only one who…

Adventures with my dad 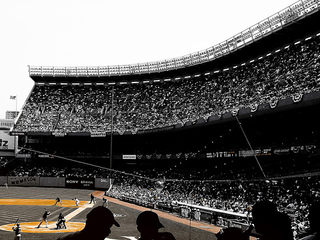 My father died when I was little so I don’t have many of the memories that most people have. I don’t know his favorite expression nor do I know what advice he may have given. I don’t even recall particular facial gestures. But what I do vividly remember are solo adventures with dad and they all involved sports.

My dad was a wonderful athlete and he was tall and handsome. He would pack three or four of us kids in the car on Saturday or Sunday and we were off for some kind…

Grief. It is a constant companion,even after 2 years and 8 months without Adam.

Most days I am happy and able to recognize the beauty and specialness of the little things in my life, a sun filled day, a warm breeze, a butterfly crossing my path, the smile of a stranger, the purr of my cat, these bring joy and contentment. Then a wave of grief will emerge, sometimes just a small bubble of fear or anxiety, sometimes a huge outburst of tears and sobbing, it is totally…

Lessons My Father Taught Me

My father passed away 27 years ago, but he's never been very far away. The lessons he taught me are infused in my soul and continue to play a big role in how I conduct myself today.

He was an immigrant who came to the…

Facing Father's Day As a Widow

Q. This is the first Father’s Day since my husband died last summer, and a part of me dreads it. How can I get through it without falling apart? Is there a way to make it meaningful, not just sad? 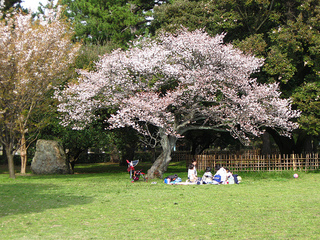 A. Gather closely your children (and grandchildren if you have them) and others who care about you and share the day. Solicit their ideas. You never know what they’ll come up with. One possibility that springs to mind is a picnic in the park, where you’re all…

There is an author who thinks it is ok to go and write a poorly conceived book that exploits our most precious resource our children, even those whom have departed this life at an early stage. There is a petition on Change.org that is requesting 100,000 signatures to pull the book off the shelf and shut down the fan sites. This is offensive to myself and many other grieving parents whom lost their little ones to various causes, and we want it to be gone. My wife Stefanie Elena Sikes and…

Leave A Legacy Of No Regrets

During my ten years of assisting families with making burial arrangements, I listened to countless expressions of regret by loved ones on behalf of the deceased.   “I regret that he didn’t, she didn’t, I didn’t, we didn’t, or they didn’t.”  This remorse that the deceased didn’t get a chance to do something that they always wanted to do brings sadness and disappointment to the family and loved ones left behind.  They always wanted to travel, she…
Continue

I hope you will find comfort and an outlet for your emotions in this post, as I share what it was like as my mother drifted away from leukemia in March 2010. It is excerpted from my book, Navigating Life's Roadways: Stories of Insight from My Odyssey and Inspiration for Your Journey, which I wrote while grieving the loss of my mother. I feel that she is my spiritual co-author, allowing me to birth this work in the midst of those intense emotions of…

I lost my only child Michael 2 years ago June 12. I am still totally heartbroken and lost. I have no motivation or desire. I just want to lay down and be with him. No one truly understands. I feel so alone.

I lost my husband 5 weeks ago.  I just found this site and have been reading some of your posts.  My heart goes out to all of you.  My husband was diagnosed with cancer and the doctors said he probably had about 18 months to live.  That was almost 5 years ago.  I feel so blessed that we had so much more time than predicted.  He was so positive and carried on his life as if nothing was wrong.  I think during those 5 years I was mentally preparing for the time when I would be alone.  The last…

I have lost the love of my life!!

Hi, Im new, Just trying to figure out how to connect with people that have been through the loss of a lover. I lost my fiance to cancer 3 months ago, he fought the desease for three years. My life has been in turmoil, and still is. how is it possible to get over someone you are completely in love with?? 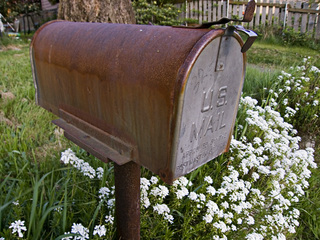 That surprised me. Several years ago, an acquaintance died while I was on vacation. His warmth and kindness made an impression on me and I wanted to write his wife a sympathy note. Weeks turned into months and I finally wrote the note, almost one year…

Midway upon the journey of our life

I found myself within a forest dark,

For the straightforward pathway had been lost.…

To say that life changes so much after your partner dies is such an understandment.  In fact, there are no words to convey the emotional ups and downs that I have gone through, just like everyone else who has posted.

We live in a society which now has a love-hate affair with gay people.  But where is the support?  My own community of gays and lesbians is not supportive.  I live in a fairly large city where, it seems to me, the baby boomers of our community have disappeared.  They are…