I am thinking about writing a book, I want to write one from OUR prospective, I have never written one before, but I thought If I could get enough people to tell their story I clould put it in a book, I do want photos too, I have some guide lines that I will send if you are interested. I want proceeds to go to higher education in drivers training ,Teen suicide, cancer, Im not sure yet but I want to make sure it benefits children. If you are interested please EMAIL me at…

In 91', When I was 7, my 11 year old brother strangled himself to death with a jump rope off our bunk bed. I was the first to find him. It was the weekend and I was playing video games. My brother and my mom had a fight and he got sent to the bedroom for a time out. During the next 10 or 15 minutes, I really felt like I could have intervened. We didn't know he was going to do this. At the time something was saying strongly inside me that something was wrong, and I had asked my mother to go see… Continue

A Chance for a Do-Over

Death is the great equalizer. Be you rich or poor; savvy or naïve; any religion; or any race, there is not a family that goes untouched by death and the subsequent grief that follows.

After a death of a loved one, a person is usually vulnerable and, consequently, open to considering new thoughts and ideas, as well as connecting with those he/she would not have previously come in contact. It is upon this great cross-section of new ideas, people,… Continue

Today is the 1 month anniversary of my son Jayden's death... A month ago today I left him with a babysitter who had watched him and my 3 daughters many times before. i gave him a hug and kiss and told him i loved him and set off to work... i got home at 6:18 that evening to find out that my son was MISSING!!!!! I went crazly hysterical looking for him! while the babysitter sat on the couch telling me she had already looked there. so i went outside to look for him, i found him at 6:45pm in an… Continue

I HAVE LOST MY SOUL MATE, MY LOVER, MY BEST FRIEND. I AM LOST WITHOUT HIM...NOT SURE HOW I CAN GO ON AND DEAL WITH THIS IN A WORLD WHERE EVERYONE SEEMS TO BE HAVING FUN AND I AM ALONE...ONE LONELY PERSON ALONE. IN A WORLD THAT WAS MEANT FOR TWO.

On the Six Month Anniversary Since You Left

It's been six months ago today that Gary left. I still can't say that he's d**d - can't even think the word. Sometimes I can say to someone that he died, but usually I say he passed away - just as if he was on a raft or a boat and he floated by me and kept going. "Just passed away." Away to what I don't know, and I don't like that he didn't wait for me.
"I must be here for a reason", I sometimes say to myself. But I have no way of knowing if there's any truth to that at all. I've raised my… Continue

Finally someone who understands

Tammy I so understand your pain. It was one month ago today that as I was leaving for work and my 15 year old daughter was not in her room. I searched the house for her, yelling her name and no answer. I reported her missing to the police. But no one had seen or heard from her. Until one week later 2 fishermen found a body in a creek just a few miles from our home. After a very long 2 days the body was identified as being my daughter. She had be murdered by 3 people that she knew well barely… Continue

A place for parents who have lost a child to share their spiritual experiences. Google www.thechildwelost.com

It's been a sad day. I got a call from my daughter around lunch time.She called to ask what kind of enchiladas I liked because she wanted to try them.I could hear my baby son in the background.She was having lunch with her dad(my ex-husband) and his brother.I really wanted to be there.I was grocery shopping and just broke down inside.I put my sunglasses on and just went about things.The tears would not stop.I miss my family terribly.I feel like I'm drowning,but I never die physically.I don't… Continue

Helping Others in Need

I came across an interesting essay in yesterday’s New York Times, “Coping with Crises Close to Someone Else’s Heart” by Harriett Brown. Brown’s piece describes the often puzzling changes that occur in personal relationships after one side of the friendship
goes through a tragedy or traumatic personal event. I certainly related
to her observations – not only as a “suicide…

Hi Rachael,I totally understand how you feel. My dad passed away on New years eve. It is 8 months since he died and i feel like it is getting harder. Some times I feel like screaming out to the heave…

Hi Rachael,
I totally understand how you feel. My dad passed away on New years eve. It is 8 months since he died and i feel like it is getting harder. Some times I feel like screaming out to the heavens to him and would give any thing to have one more bear hug. I feel like he is getting further and further away from me. He went into hospital on the 31st of October. Happily, we had him out for Christmas. I am dreading the autumn and winter so much as i feel we will all go thru the pain…
Continue

I'm lost and afraid without her

My mother died August 12,2009.It's a year later and I am so sad still.I still cry a lot and basically wish I was dead.I'm so hurt and think life is a waste of time and too difficult to continue. I have no energy to do anything.I have completely isolated myself from my family.I pushed them all away.They had a memorial service for her yesterday, at a my brothers catholic church.I didn't go.too sad. I left my children with their father after she died because I can't parent.I abandoned them.I'm… Continue

Death is a central feature of every human life. As we live, we know that we will die.

an understanding of your permanent mortality should help you to realize more clearly how precious your life is. If you live to be 82 years old, what you have is approximately 30,000 days of existence. You are not going to then commute to "heaven" to live for eternity. 30,000 days is all that you've…

Its so funny the last time i made a blog post.. It really came back to haunt me.. Like within 2 months. 2005

So I wonder if this one will as well, I really want to reach out and express myself but I have not had the right place or person to be simple very raw and honest. so I Will, for the sake of the record.. and for my own healing . attempt to be as honest as possible. As i do believe that many of us live in a bit of denial. I know some denial is a protective meconism.. but to grow… Continue

Many caskets to choose from when planning a funeral 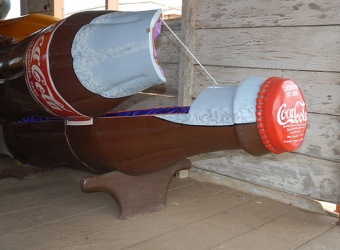 Q. I recently attended the funeral of a coworker, who was an active environmentalist. She was buried in a biodegradable coffin. I’ve never heard of such a thing. I thought caskets were pretty routine—pine or some other wood. Is this something new?

A. There once was a time when a casket was just a casket. But that’s long past. Along with the trend toward “green”…

I was told: "You are better off without him. Your place looks nicer since he is gone. No do not go back to New York and to throw his ashes in the in the ocean" ... it is pointless, move on. it made me angry. I told them off! NEVER say stuff like this.

Thank God for leading me to this website. I lost my husband of 15 years on March 1, 2010. We were told the end of December he had liver cancer, 60 days later he was gone. I had so much grief, lonliness and heartache that it is still everpresent. People say it will get better, but I do not believe it ever could. I too wonder daily how can I go on. Three weeks after my husband passed, my father had a leg amputated and I found it necessary to move from Michigan to Pennsylvania to help out. Now…