As your birthday approaches I find myself torn. You were born but now u are gone from this earth. I am so hurt and still hurting as if it was day one. I don't ever see this getting easier. I just don't want to be here without u here. I know I have other kids and grandkids but I am not whole. I am missing. I don't belong with anyone or anything. No Mother ever should have seen what I seen. I hate myself and I hate my life.I hate walking around with this stupied look on my…

How do I go on living without him?

It is my hope that anyone who has lost their lifelong partner will get through grief, allbeit the hardest thing I have ever done. Yesterday was the anniversary of my husband's death, the 7th one, and for the first time I could remember the day without tears but rather with thoughts of all the good times we shared together. Grief for me has been 7 years. I think perhaps it is different for each person, but if you are trying to get through to "the other side of grief", just hang in there… Continue

Wake me up when Sept ends

I miss u so much I don't know what to do with myself. I go to work and put this stupied smile on my face and hope and pray nobody sees through to the real pain.I can't get anyone to help me I have tried so hard to find a lawyer to say the dr's done something wrong but that in it's self is a good thing because I made all the right decisions. I often wonder if I had turned left instead of right would that have changed your destany. God I hate living. I hate my life. I can't…

SHE IS JUST AWAY

THIS WAS A CARD GRAM M PUT AT YOUR GRAVE. I SAVED IT, SCANNED IT AND WANTED TO POST IT. WE MISS YOU SO MUCH. IT IS 10 DAYS TIL YOUR ANGEL DATE. WE FEEL AS IF IT WAS JUST YESTERDAY THAT YOU LEFT US. THINGS HAVE CHANGED, BUT IT IS STILL HARD TO GO ON. JUST KNOW WE LOVE YOU DEARLY AND MISS YOU DEARLY. GRAM MASHER SAYS SO TOO. SHE STILL DOESNT HAVE INTERNET. SAY HI TO ALL THE OTHER ANGELS WITH YOU. MOM AND DAD… 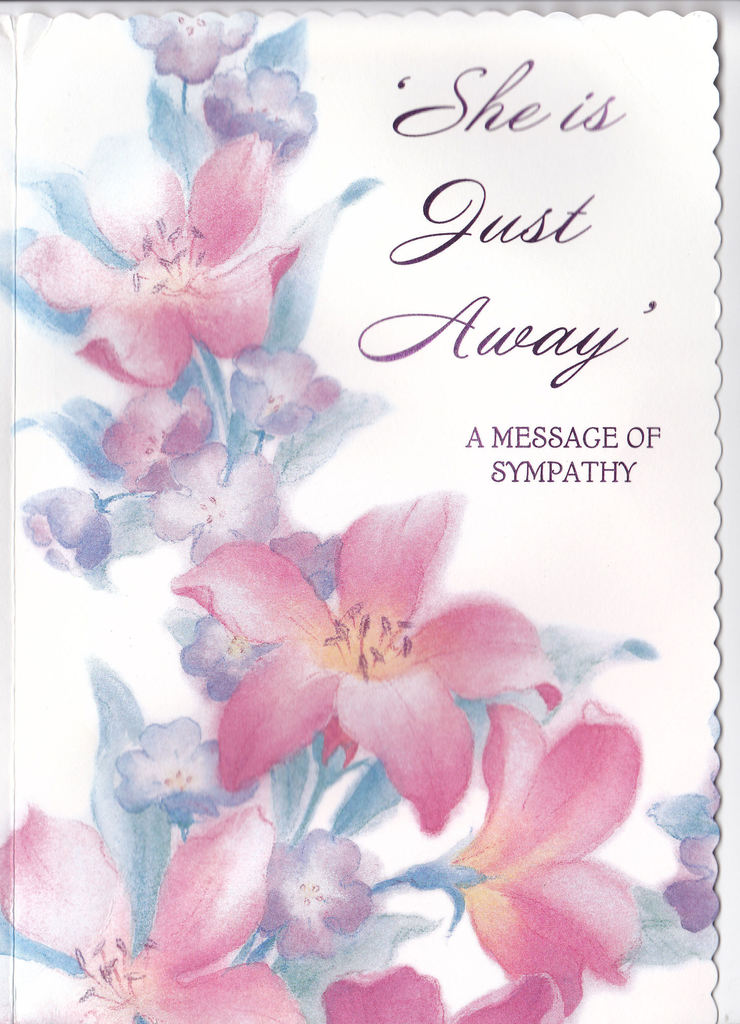 so I got a phone call on tuesday 8/31 from the sheriff's office to come to my father's residence as soon as possible... I had been expecting this call for a while now but when it actually happened I am still left with the hurt and confusion as to "WHY?" and to think he did it and no body heard anything at all and he laid there dead in his home for 10-14 days before an old lady across the street called in a welfare check on her neighbor b/c he had not put his trash out in… Continue

If my love could have saved Mom & Dad they would have lived 4ever.

My Mom and Dad are both deceased, I lost my Dad July 26,2009, 5 months after that I lost my mom Jan 5,2010 they both died at age 58 Mom was overwhelmed with losing my father that she died from cardiac arrest which was brought on by constant stress.Sometimes I feel like Im in a nightmare! their deaths were so sudden they were healthy, they were very good parents even in my adulthood and my life centered around them cause I don't have kids. They were married for 32 years. My mom's mother is…

I lost an most important person in my life and i dont know if i could handle it its been 5 months now and i still dont understand this...I feel alone n i have many siblings a really big family that i share the pain with..i have tryed to be strong and pretend i can handle this but in the real i cant!!! so lost an alone i miss my gramps sooo much... he raised mee hepled me into the women i am today i wouldnt be anything if God hadnt blessed me with him as my gramps (my… Continue

Cancer has robbed me

I will start my story short and simple. I lost my father to Pancreatic Cancer over 4 years ago. When i was 11 i found out my dad had Cancer. As Daddy's little girl I was almost instantly devistated. My parents told me I had nothing to worry about and everything was going to be okay, I knew my father was tough and would get through this, but part of me was scared. For those of you who have lost someone through cancer my condolences go out to you. Watching someone…

Thirty Seven Weeks Have Made Me Realize That There Is No Me Or You, All There Is US.

At the rising of the sun and at its going down I will remember you.…