LDRSHIP in an Army of O.N.E. , Essay by CPL Charles D. Wells

LDRSHIP in an Army of O.N.E.

Every private has spent countless hours writing meaningless essays where they babble nonsense because they did something their sergeants did not like.  This is not one of those essays.  I am going to try to make an argument.  I will first present you with a statement, and when you arbitrarily decide that statement is wrong, I will do…

im actully scared to be fully out in school, i dont know how people would take it. the people that i did tell is pretty ok about it, i also join a GSA in my school. maybe i could help a confused teen work out there sexually orientation

I miss you Dad

Two years ago today my dad passed away and left me with a void I don't know how to deal with.

No family al all. My mom died December 28th, 2010. I can not cope with the feeling of hate I have for myself. I feel completely empty and dead inside. She never deserved me for a daughter. I didn't have no thanksgiving supper yesterday.

how im feeling at the moment best said by young the giant.

okay.. it's been awhile since I've been on here.  I still can't believe it's already been a year and 37 days.. I feel like all I'm doing is watching life .. I do what everyone expects but thats not really living.  I can hear my dad asking me " what do you want mama ?"  and telling me not to worry about anyone else.  Baseball season is over... didn't really watch a lot of games during the season ( I had a hard time ) Football season is here... or as my daddy would say COWBOY…

Good Afternoon to everyone that might be going thru a hard time right now. This is very difficult for me im 35yrs old woman with two children a 12yr old son and a 3yr old daughter and my husband of 4…

Good Afternoon to everyone that might be going thru a hard time right now. This is very difficult for me im 35yrs old woman with two children a 12yr old son and a 3yr old daughter and my husband of 4yrs commited suicide on 08/24/2011. I found him in our home and I kept him alive for 5weeks when I knew he wasnt coming back and there was nothing else I could do, I took him off life support and he passed away on 09/26/2011 3 days before our 4th anniversary. I miss him so much and wished we…

Thanksgiving 2011 Another Holiday without you my Beautiful Boy

Missing you so very much may your Golden Heart keep Shining down on us. 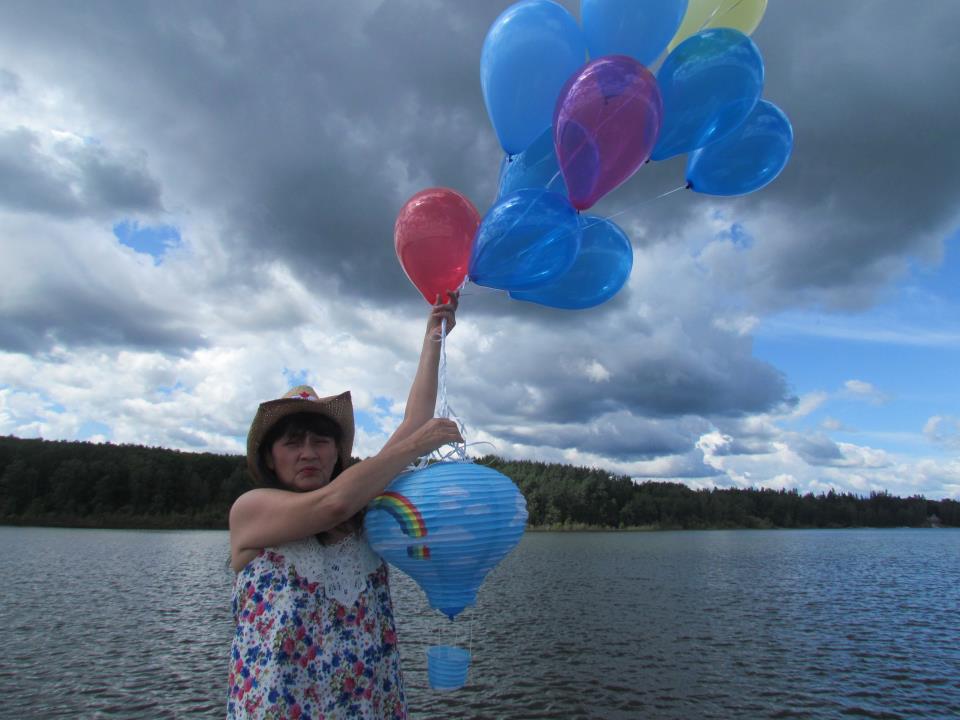 Saying Good-Bye to a Hero

I want to make a first short blog here, to get things started a little, and to see how they turn out.

This first post is meant in fact only to say that yesterday, I had to write an article on my regular blog, which is called "For now ..." - and I want to share the link here, so that maybe some of you, who are interested, may pay a visit over there and have a read.

The title that I chose for this…

One of the shinning stars of my night sky.

This is Leah my second child of three.  She would have been seventeen on May 22, 2011 but her life ended to early due to mental illness.  My other two children Michael and Elena have been wonderful they have supported me when I really needed it.  My wife Carol has been the foundation and backbone of our family since losing Leah.  I on the other hand have been pretty much a basket case. Suffering from PTSD from finding Leah and the immense guilt of feeling responsible for loosing her, a…

Just want to say how much we miss and love you. Dad is back to work so now it'[s quieter around here again. I find things to do, but can never get  you out of my head. We have you on every wall in one way or the other. You are forever in our hearts and minds eye. We love you so much and will never stop letting you know.

my story is, even i get bullied/horrast for being gay, my mother is still prossesing it and wishes i was strait but im not changeing for anyone not even my own mother, my father still doesnt know and i dont thing he will know untill im later into highschool my life may be different but im going through that same issues wether its being , bullied,horrasted,being made fun of, phically harming, ive been there and is still going through it. im currantly in a relationship, i live with my…

Loss of my first born son

My heart is broken...life seems like such a burden.

My brother Jason through the many years we spent together

My mother and best friend pasted away Sept 25 and I have been able to have a single second where I have not been thinking of her.  She was sick for a very long time.  She was only 66.  I was the primary care giver for my grandfather until he passed two year ago at 85 because my mom was not able to care for him.  I did really well dealing with his passing and thought I was prepared for moms.  I was so wrong.  My sister, brother and I were caring for her at home with the wonderful care of…

I just read your post regarding the S O S Convention. You are spot on with everything you said.

I have a couple of suggestions.

If a Suicide survivor doesn't have a pet, getting one that provides love and companionship really helps
It requires commitment, time and energy but, as you said, sometimes you just have to "put one foot iN front of the other" it's a way of putting more attention out rather than focusing inward. Plus there is the reward… Continue