Sudden death of my husband

Hello, my name is Mandy and I lost my husband, Officer Ryan Baird on October 7, 2013 to a fatal car accident.  He recently celebrated his 38th birthday 11 days prior to the incident.  I was shocked, in denial and beyond consolable when the officers came to my door that night to announce his death.  My children were upstairs screaming including our youngest Lundon who is 2yrs old.  I’ve felt my world was caving in on me and for the first two weeks I was an emotional wreck.  Leading…

Am I the only one who does not want to be bothered?

Why am I the only one not wanting to be bothered? Friends call me, text me, and I do not want to be bothered. My sister passed abruptly of lung cancer on, September 18, at 41. She was in the hospital for one month. Two weeks she was being treated for pneumonia, and the last two weeks, it was cancer. My friends don't seem to understand that I do not want to be bothered. I'm not being mean, but, right now, only God can counsel me.. Generic comments such as, "It will get better," or, "She's in…

I lost my boyfriend on April 29, 2013. I was in the hospital  because I was told that I had congested heart failure. I was in the hospital at KU FOR 13 DAYS UNTIL I was discharged and sent to medical lodge for the rest of the month to get better. I would like to tell you a little about my loveable boyfriend that passed away of a massive  heart attack in our apartment.. PAUL  & I  were together for nineteen beautiful years. We were never apart while were were dating for 19 years. Paul was… EVERY 21ST OF EVERY MONTH SINCE MY MUM PASSED AWAY IS NOT GETTING EASIER FOR ME.

I lost my mum in jan 2012 and each month on the 21st i do not feel myself. I keep getting flashbacks to that day that my mum passed away.

I am coming up to the 21st again and know what way i am going to be but can anyone advise me when they are going to become any easier for me.

I know Birthdays and Anniversaries are hard for me to but this is nothing compared to this. I dread the date coming each month because it is always another month that my mum is gone and…

New Free Resource at The Center for Grief Recovery

In an effort to better serve clients, colleagues, and the general public, the Center for Grief Recovery (the Center) is providing this free website-based bibliographic resource to broaden and deepen your knowledge and access to grief recovery related materials. Our aim is to support, encourage, offer hope and guidance to anyone, free of charge, wrestling with the meaning of their lives and the lives of loved ones in the wake of loss.

Materials included have been…

My Dad passed away unexpectedly on 1/27/13. I am not doing well with his death. I miss him everyday. Sometimes I think it gets worse not better I miss him more not less. Just one more day that I cant speak to him one more question I cant ask him, one more thing I cant share with him, god I miss his laughter. I listen to his voicemails often. I have this dream often and in it I am thinking I have not spoken to my Dad in so long I need to call him and someone tells me he is dead and I wake up…

Lost both parents just short of 2 months apart. June 16th for my daddy (Father's Day and my wedding anniversary). My mom, August 15th. My mom was diagnosed with a Grade 4 glioblastoma in April. She had resection surgery and was given 12-15 months. She made it 4 1/2 months. My dad during all this, fell and broke all the bones on the right side of his face and had numerous brain bleeds. He was responsive at first, but slipped into a coma. He continued to squeeze our hands and wiggle his toes for… Continue

always in grief, trying to be happy

Being around adults is especially troubling to me. They are harsh and in a hurry and extremely judgemental. I have never felt special around them. I am happiest riding a mountain bike, gardening and painting and reading my books. These are all alone activities. Since I was severely abused as a child, I have been taught to be alone. It is too lonely, but I can't find someone that thinks like me. Family should have popped up for me by now. I think that my family is all about angels and other…

I thought it might be best to join a group for sibling specific since they do not have one here in DFW. My sister passed away at 34 in February after a 17 year illness.  I know, its early, there is no time on grief... I have heard it all, I am trying to deal with the fact I am so extroverted yet I cannot talk about her and leave the room when I am at home. My parents talk about her and "see signs" that she is around but that is their way of dealing with it and I don't get "signs" or maybe I…

3rd Thanksgiving without you.
I am told this is suppose to get easier but hun it does not. Missing you so very much your'e on my mind so much during holidays as you always were the main attraction. Your laughter filling the room and you...bigger than life. Spent the day with your kids. Brett, you'd be so proud of them. They are growing up so fast and each of them with a part of you showing. Ethan with his identical looks, Aidan with his love of life and laughter and Bitsyboo with her… 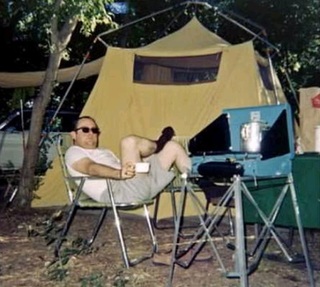 According to the online Urban Dictionary, “… a link goes viral because most of the people who get it forward it to their…

The pain in losing my child

My name is lynna Moore .I lost my oldest son mark Moore on Labor Day Sept 2,2013. He went to great falls with some friends they where sitting on the rocks mark decide it to go into the water on the river edge not knowing the under tones in the water that took him 100 feet out he tried to swim back to shore but the current pull him back out.and he never came back up out the water. The search team went out for 3days looking for his body on the 4th day a person that was boating saw a body floating… Continue 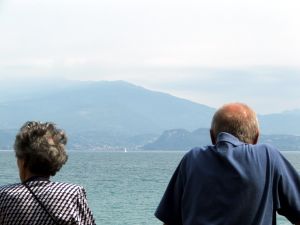 Hi my name is Amanda,
I Lost my husband on June 10th of this year in a tragic work accident. He was 37 years old. I really still don't believe that he's gone, I don't know if I ever will! I miss him more and more everyday! He was the best husband and father. My daughter is 5 years old and I really don't think she understands.
He was so passionate and energetic about everything he did. Whether it was working on his truck or being with my daughter. His smile could light up a… Continue

My husband died Sept 15, 2013 and I am having a hard time dealing with his loss.  I don't know where to go from his loss.  It feels like I have a hole in my heart, the pain is so bad.  I can't go my friends & children as they all have spouses and they don't know what I am going through.  Will it ever get any better?

I miss everything about my Mum and not seeing her anymore is very hard for me to come to terms with and that is what I am struggling with.