It is three years dec 20th my love passsed and how I hate christmas eve the day I had to say goodbye and lay him to rest.I am still so lonely and empty I just sit and mourn everyday ,wishing I had one more moment with him,when your soulmate dies you die to and no one can understand those feelings until they are in the same shoes.holidaays are so bad when you are alone after so many years with your husband,missing him forever till I go  and rest beside his side.

I hope you see that Kristen and Dave had the baby on sept 13th, the 2 yrs to the day you had your accident. she was due on the 18th.

Devin, had a baby on our anniversary, and that is strange too.

there have been many other weird or strange things that we take as signs from you.

But the hardest thing to do is getting throught  holidays without you. This is the 3rd christmas and New year, and we are just not doing much to…

Am hoping I can help others

I lost my first husband in 1991.  In 1996 I became a bereavement counselor for a hospice connected with the largest Catholic hospital in the world.  My own experience with deep loss taught me many things.  My experiences with helping others taught me much more.  Besides helping those who lost loved ones that were on hospice, though our community outreach program, I have been allowed to help many others whose loved one's death resulted from accident, suicide, murder etc.  For many years, I…

The Loss of a Child

My son Jon passed away in 2003 at the age of 20.  The tragedy of losing my child has in turn made me a more spiritual person.  I believe that this is Jon's gift to me.  Following his death I began to experience things that I knew were messages from my son. To share your story please visit www.thechildwelost.com  God Bless you, Susan Casadei

Is it really Christmas Already?

Another Holiday without my son,my baby,my last born.I dont know how i even made it thru thaqnksgiving without him here,and now another holiday this is the 2nd one alreadythat has past since he died nearly 8 months ago the 26th of Dec. at the age of 21 and 3 months,he barely had a chance to live and do anything he wanted he had the world at his fingertips and in a day iit was all taken away,so fast i wanted time to stand still that day,I did'nt wanna it to go by cause he would no longer be… 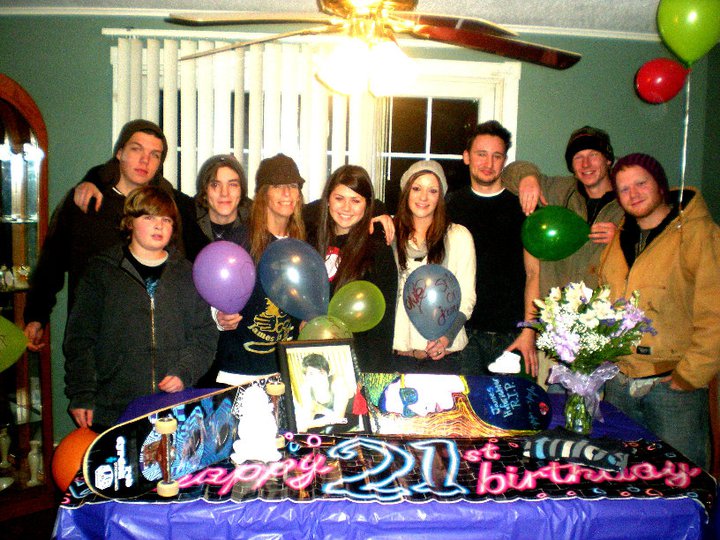 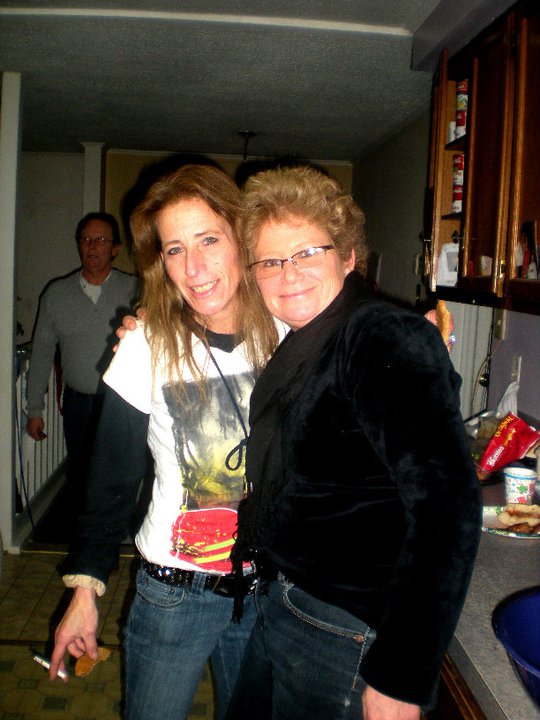 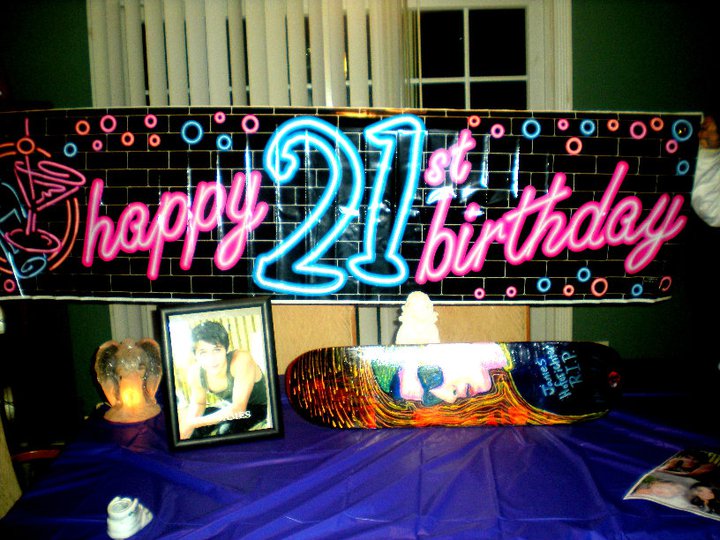 I had a experience a few days ago that has been on my mind since.  My ex g/f had a g/f that passed away 05/09, a coinidence I almost died in 06/09.  My ex and I met on a online dating site,  I had a premium membership that was about to expire, and when I rebooted me computer the dating site messenger would load automatically, the night I met her I rebooted my computer and went into another room. So I didnt get to shut it off, well at the same time she downloaded the messenger to see if I was… 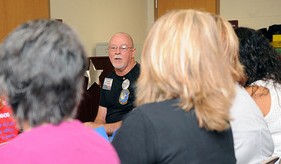 Q. My sister-in-law died last week after a brief illness, and my brother is shell shocked. I’ve heard about bereavement groups and think he might benefit from one. Exactly how do these groups work and how can you find one? I want to know what I’m talking about before I suggest the idea of a group to him.

A. Bereavement groups offer comfort and support to help people deal with the death of a loved one. Some focus specifically on the loss of a spouse or…

Benefits of Getting Organized

How will getting organized now benefit you over time, time after time? When my mother died, I was awash in questions, grief, tasks, decisions—and all of that layered on top of my already-busy life far from Mom’s home. I decided then that I will not put my loved ones through the same ordeal when I die. I went home and…

WOW, December has been a tough one.... I feel so guilty that I havent visited you all month, its been extremely hard, and dont think I haven't wanted to. Alot has happened since my last note to you dearest, my boss had a talk with me. Thank goodness he is giving me a chance to prove myself, the question is am I whole hearted in my attempt to keep my job. The kids are still staying with their dad, for now so i can get back on my feet. Not to mention Christmas shopping is a joke right now.…

ON DECEMBER 8,2010 4:00 P.M. CLAUDETTE SITTLER LEFT THIS EARTH.SHE HAD A PEACEFUL ,WARM,QUIET PASSING.I WANT THE UNIVERSE TO KNOW MY MOTHER WAS ONE OF THE GREATEST EXAMPLES OF A HUMAN BEING IVE KNOWN IN 48 YRS.SHE WOULD JUST GLOW WITH LOVE,KINDNESS,FEAR OF GOD.EVEN THOUGH SHE WAS SUFFERING FROM TERRIBLE ARTHRITIS,SHE SET THE BAR FOR BEING ABLE TO DEAL WITH WHAT LIFE BRINGS.AND I AM ALSO BLESSED TO BE HER SON,AND I VOW TO CONTINUE TO FIGHT THE GOOD FIGHT IN HER HONOR.I HOPE THIS WRITING WILL…

The Measure of the Heart !!

This year finds me at the crossroads of life without my belloved "Kisha" and I wanted to see the measure of the heart, Kisha had a heart that could not be matched when it came to love and prayer as she would go the distance for anyone and it meant more than a lot of people could measure,but yet it was visible for so many too see that this little dynamo always could throw a loving smile and captivate the heart of many as she moved thru life with love and devotion to the Father in heaven while…

Finding coins around the house?

My daughter Jamie died suddenly and unexpectantly in her sleep at the age of 42. I came home from work and found her in her bed. She never woke up from the night before. Since her death she has been leaving me dimes all over the house. It used to be just big bunches of all kinds of coins but she died in 2007 and now it's only dimes. But they appear suddenly in places where they were not there before and I know they are from her. Anyone else experience this phenominon?

IN MEMORY OF DANIEL DAVID RIVERA

I HAD A DREAM ABOUT MY SON DANIEL I DIDN'T WANT TO WAKE UP IT SEENED SO REAL IT WAS SO FAST HE CAME INTO MY DREAM AND SAID IAM HERE I JUST WANTED TO TOUCH HIS FACE. WHAT IS HE TRYING TO TELL ME? IAM SO FULL OF ANXITY RIGHT NOW DON'T KNOW WHAT TO DO, MY ONLY SON THAT I HAVE LEFT IAM AFRAID TO LET HIM DO ANYTHING BECAUSE I DON'T WANT TO LOSE HIM, HE TURENED 18 AND HE IS ALWAYS HOME HE STARTS A JOB ON TUESDAY IAM AFFRAID TO LET HIM GO TO WORK BECAUSE IAM AFRIED THAT SOMETHING MIGHT HAPPEND WE…

As we head into the holidays, no matter how you celebrate. Think about the gift God has given us!

They are preserved in us...as our parents mourned the loss of many loved ones...and now they are Home with them...Faith Hope Love... If my parents were here they would say "Life is for the Living"

Keep Smiling! There is a power much greater than us...Believe!

I called yesterday afternoon and found out my sister has been released from the hospital. I have no idea where she is. It was 15 degrees last night and we had our first snow/ice storm. I could not sleep last night wondering if she had no place to rest her head. I had a dream that she told me to buy a book on suicide (which is odd because I actually ordered one online yesterday). I woke up feeling very, very sad. I can't concentrate at work and am only doing a half day. I can't handle this…

Still no word from my sister. I called the hospital again yesterday and she was there. I didn't ask to be transferred to her or anything, as she asked me to not communicate with her after that call on Monday. I am sick to my stomach, thinking about what she is thinking. Today is Thursday, which is 3 days after that phone call I had with her. Is she still thinking about suicide? Do these thoughts make her scared? Do they make her sad? Is she at peace with her thoughts of suicide? Do they…

Who you'd be Today 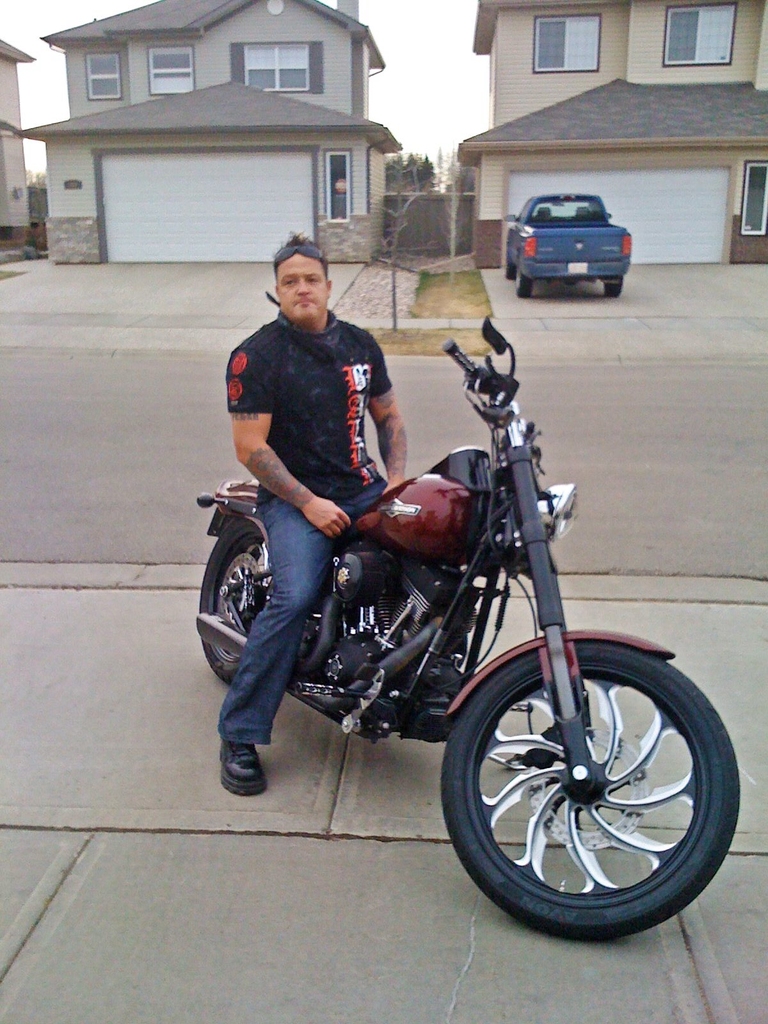 My sister called the other day saying she tried to kill herself again. She's in the hospital again. I am not sure how many times this year this has happened, but it makes me ill. She said once she is released she is ending it all. She can't take the pain anymore. She kept telling me in the phone call that what she is doing to do is nothing against me, but to help her. SHE is making a decision for her and nobody else. She ended the call in a somber way and said her phone would be shut off. I…