A Butterfly at the Pool 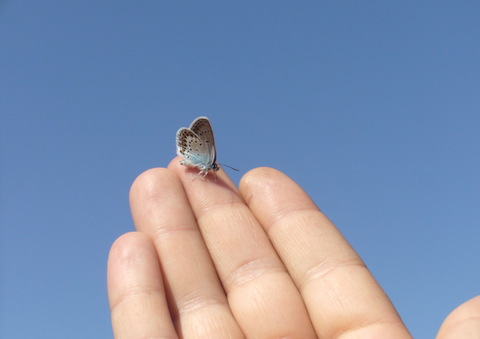 For many years, the sign of my sister’s presence was the song “Rodeo” by Garth Brooks. In the last months before her death, she had given a speech in class and had sung part of that song. It’s the only video we have of her.

As long as I listened to country music stations, I usually was assured I would hear the song. Eventually, though, I returned to Top 40. Then, several summers ago as I was driving through Malibu, California, along the ocean on Pacific Coast Highway, I heard the song. I was coping with something in my life at the time and hearing that song was a reminder that she was with me.

Last summer, butterflies began to appear at various times around the outside of my house. I’d never noticed them before, then one day they appeared as I arrived home from presenting a suicide prevention workshop. When they paid a visit, I would stand there and wait until the butterfly left, usually having a conversation with it, something along the lines of, “Hi Denise. Thanks for stopping by.”

It’s been a windy spring here in New Mexico and yesterday was the first warm, windless day that my husband and I could swim in our pool. He was throwing a tennis ball to our German Shepherd Gidget, while I was swimming around the pool. I saw a butterfly fly into shrubbery and then swoop by me several times. It left and came back twice more.

Hi Denise. Thanks for stopping by.