O Muses, O high genius, now assist me!
O memory, that didst write down what I saw,
Here thy nobility shall be manifest!
~ Canto II, The Inferno, The Divine Comedy
Dante Alighieri

Father's Day fell on June 17th this year. It was the thirteenth month after Timmy's death. I really didn't want it to come, but I am still a father and a dad. My daughters, with help from mom, picked out cards to give. One difference is Charlotte is now signing her own name. I thought of one time I picked up a card for Timmy to sign when he was little. I handed him the card along with a pen and told him to sign it. I think it was a Mother's Day card or Birthday card for one of his grandmothers. He came back with the card and was very proud of himself. I opened the card to see how big he scrawled his name. I laughed and called Timmy over.

"Monk, why did you sign it Timmy Connors? I think whoever is getting this card knows your last name."

"I'm sorry Daddy." He said looking at his full name written inside the card.

"For what? I think it's funny. But trust me, you're the only Timmy in the family, I think everyone knows you."

We had breakfast. Gi cooked up pancakes, bacon, scrambled eggs, and coffee. When we finished the girls came over with a bag with champagne bottle designs printed in different colors. Two DVDs and a CD. One movie about ghosts and poltergeists, the other a Hugh Jackman movie about battling robots. I pulled the gifts from the bag and studied each one; Tom Petty's greatest hits, and each movie.

"Yes I do." I looked at the Hugh Jackman movie. "I wanted to see this movie with Timmy."

I remembered seeing the previews for the movie in the theater. I leaned over to Timmy. "Reminds me o 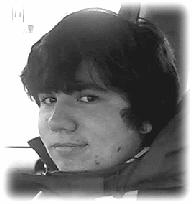 "Is that the game with where they knock each others head off?"

"Do they still make it?"

"I guess. Maybe we'll check the toy store after the movie and see."

"Uh, I rather go to the game store or maybe the book store. If that's okay with you Daddy."

If anything I missed the most was my son's presence. I missed seeing his name - his signature with his sisters' scrawled names at the bottom of the card. I could hear him asking if we could watch the robot movie and remember when he was a little boy when he transitioned from sharks to dinosaurs then on to robots and other interests boys have while growing up.

My girls asked if I liked the presents. I did very much. I loved seeing their names written in the handwriting of little girls where the letters are beginning to show confidence and practice. I had to work later for the night shift, so watching the movies would have to wait a few days. I checked my email later and read a notice from some company that will take your child's artwork and print it to all sorts of things - coffee mugs, t-shirts, mouse pads, and even barbecue aprons. I had uploaded Timmy's art samples from his kindergarten drawing of Clifford the Big Red Dog to his Night Stalker zombie hunter. I had also uploaded Alaina's and Charlotte's paintings. I got a kick out of Alaina when she presented her painting to me last summer. A melange of red, pink, purple with a swirl of blue. The paper saturated with paint. I set it on the wall in the backyard and let it bake dry in the sun.

After it dried, I scanned the painting and uploaded it to Facebook and then to the website for children's art. My friend Paul, whom I have known since I was ten years-old, remarked that Alaina has a eye for color and blending. Sometime afterward, I found Alaina in Timmy's bedroom. It is pretty much the same condition since that Tuesday, May 17th, 2011. She was trying to get one of the art kits Timmy was given for Christmas.

"What are you doing?"

"I wanted Timmy's art kit. I want to use his crayons and pencils." Alaina looked down at the floor, one little hand still on the briefcase style kit.

"No" I said. "I will give you his art kits when your older. They are not regular crayons Maas."

Alaina started to cry. "I miss my brother." The word brother came out brudder.

"You promise?" Alaina said as she came up and hugged me. Her arms wrapped around my waist.

"Yes." I stroked her hair. Her head pressed into my belly and she hugged tighter. "Come on, let's get out of Timmy's room for now."

Its funny. I found pens and notebooks I put aside for the beginning of school years or work. The notebooks half filled with aborted attempts at drawing or abandoned drawings. The other half filled with story ideas in picture cell or blossoming out in vibrate colors. I found my Tarot deck. I used to mess around with them in college and picked up the interest again when my friend Lori asked to do a card reading while out with friends I grew up with in Mount Airy. I guessed from some of the sketches in Timmy's notebooks, he was using the Tarot cards for a story idea. Under the Tarot, a dog-eared copy of Stephen King's On Writing. It is King's memoir and advice to writers on how he learned the craft. I left the book and cards where Timmy had left them.

It was different this year. Not painful as last year, but still bittersweet. I'm still learning to move through this fog and maintain a relationship with my surviving children. I am still trying to accept that Timmy is gone physically but continues to live in spirit as well as my heart. Grief is a learning curve in life. There will be moments where it will jump out of no where, other times will it move in with stealth; and there are days it looms much like its cousin Sadness and master Death. There will be reminders - tactful and emotional, one or the other; perhaps both at the same time. No one, not even me, knows when it will come out.