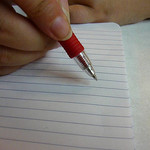 Q. When a dear friend died several months ago, many of her friends (including me) had no idea what had happened. She lived abroad (alone), but stayed in touch — until she didn’t. It was as if she had vanished. We were left in limbo with so many unanswered questions. We only recently found out the truth.

I’ve thought about this sad occurrence for quite a while, and I know I don’t want the same thing to happen when I die. Is there a way to make sure the news reaches people important to me, who might not see my obituary for geographical or other reasons? My friend’s death really hit me hard. Death can happen suddenly, from out of the blue. I want to be prepared.

You raise an important issue that we rarely consider — until an incident like your friend’s death reminds us that life is uncertain and fragile. Most of us do want others to know what became of us. Without this knowledge, survivors are deprived of a way to find closure and to grieve.

In your place, I would enlist a family member or friend to see that your wishes are followed when the time comes. You can arrange to send a card to a list of people who might not hear about your death through the usual channels. You might compile an address list now, and decide what you want the card to say. For example, one possibility is: “If you’ve received this card, you know that I have died. I have treasured our friendship, which has so enriched my life.” The card could include the cause of death, if you wish, as well as anything else you want to say. The salutation could be individualized as “Dear ---.” Or you can use a group salutation, such as, “To my friends.”

One option, while you are alive and well, is to choose and purchase the card at a stationery store or online, or have one printed. Or the person you’ve designated can go ahead with the purchase or printing after your death. Another possibility is to send an online card. In my opinion, however, a tangible card that can be saved (and referred to again and again) is far superior.

Many of us have far-flung friends who might never get the news unless we plan now.

Cheryl McIntosh is now a member of LegacyConnect
14 hours ago
Welcome Them!