In Time of Loss, Parents and Children Grieve in Different Ways 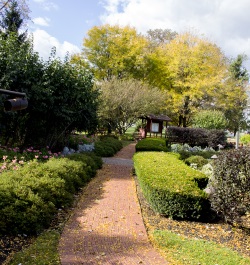 I never doubted that my parents’ grief for my sister’s death 20 years ago was different from mine. However, it wasn’t until I began to speaking about grief and loss, specifically about suicide loss, that I began to really see how the losses are different. And it wasn’t until I found myself working in the field, particularly doing advocacy work, that I saw why the paths are so unique. I do not believe in “yardsticking grief,” saying that one grief is more difficult than another. Losing a loved one is different for each of us for a variety of reasons.

From the beginning, I knew that siblings often felt left out because they were told to “be strong for their parents,” as if their grief didn’t matter. And I had countless parents tell me that they didn’t realize the depth of grief and how much they neglected their surviving children because they were so caught up in the child they had lost. I often tell people that no one does anything maliciously in grief; we can’t predict how we will react.

But as the years went by, another message blossomed as I talked to more parents and siblings. When attending any sort of event relating to loss or doing advocacy work around it (in my case, about lobbying Congress for more suicide-prevention funding), the bulk of the advocates are parents. There might be a few siblings and spouses, but usually it’s the parents who show up in full force and have managed to raise levels of funding and get bills passed into laws.

What the parents don’t realize is that the siblings are very aware of the important work their parents are doing. They choose not to take part because they have a much longer life to live without someone they thought would always be there. They are in the thick of getting educated, building careers, starting families, and creating their adult lives in general.

Siblings miss their deceased siblings and they think about them often, but they want to get on with their lives because they don’t want to miss out on more than they have already. They take the sibling with them and never forget him or her. They want to live in the present and make sure that they are building a future.

Parent should never take what appears a lack of interest by sibling as just that; it’s not. They respect what their parents are doing, but they want their energy to go into building a future where they can figure out how to keep the deceased sibling as part of it – and that takes time along with creating the great life they can still have despite such a huge loss.

Thank you for this blog. I knew of someone who committed suicide by a gun . It seemed like the surviving siblings held it together more than the parents. However, I know they were still affected but they were just grieving differently......Depression is a serious disease...I pray that it goes away (Isaiah 33:24)

My youngest son completed suicide 4 months ago at age 14. He had battled a brain tumor blindness autoimmune disease yet always looked to the future. He had a plan for his future including short term (His HS years) and long term wanted college to get married have 3 sons..My middle son and I found him hanging in his closet in Oct. He beautiful body helpless....

This article you wrote has helped me for my to older sons 16 and 17 years old. I was scared they were mad at him for doing act which I told them were normal feelings/ I get scared they will not forgive their brother or maybe they have. My older son doesn't say his name. Did you forgive your sister? Losing a child has immeasurable pain but losing a sibling is losing your childhood. Did you feel this way?