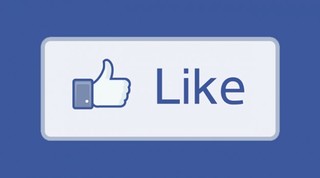 While I’m not a fan of posting condolence messages on Facebook, I’ve become aware of just how comforting the immediacy of support can be.

I recently attended the funeral service for a 79-year-old member of my congregation. During the service, one of the bereaved sons shared a few of the many tributes written on his father’s Facebook page. His father was a retired music teacher and his former students were very loyal and kept in touch. Upon hearing of his death, there were dozens of messages that appeared on his Facebook wall. One shared his deep sadness upon hearing the news and then continued by detailing how his beloved music teacher made a huge difference in his life. He shared stories that the family had never heard and this brought them a greater sense of their father’s legacy as well as his talents. Other students shared stories that depicted their dad’s idiosyncrasies and this made them laugh. Laughter in the face of so many tears brought solace.

When my mom died, I loved the stack of condolence letters I received and on sad days, I took them to my favorite chair and re-read them. It’s true, I had to wait months to receive some of them but they became treasured reminders of my mom’s legacy; and they brought much comfort.

Facebook seems to be doing the same thing and more in a quicker and more efficient format. For example, years ago when a cousin died, it took lots of work to hunt down old photos, make copies, and send an album to her husband. Now, it’s easy to scan old photos and post new ones on Facebook, some the bereaved may never have seen. And even if they have seen them, they have all the memories in one online place.

Will I stop mailing written condolences? Probably not. But I will be more flexible in sharing stories and photos on Facebook. If I see the bereaved is “liking” what they see, I may add some memories to the mix. After all, the whole point is comforting the bereaved.

Robbie Miller Kaplan is an author who writes from a unique perspective as a mother who has lost two children. She has written How to Say It When You Don't Know What to Say, a guide to help readers communicate effectively when those they care about experience loss, now available in e-book and print for "Illness & Death," "Suicide" and "Miscarriage" and e-books: "Death of a Child," "Death of a Stillborn or Newborn Baby," "Pet Loss," "Caregiver Responsibilities," "Divorce" and "Job Loss." All titles are in Amazon's Kindle Store. Click here to order.