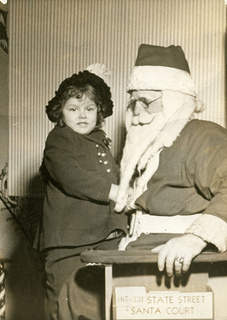 I was reminded of this recently, reading The Legacy Letters: Messages of Life and Hope from 9/11 Family Members. These are published letters for all to read. But in my mind – and, clearly, in the letter writers’ hearts – these poignant letters from children, spouses, siblings, relatives and friends are being equally received by the dearly departed. It won’t take a book burning for the poignant sentiments expressed so eloquently here to become smoke signals wafting to heaven.

As you might expect, Legacy Letters is an extraordinary collection of letters expressing sorrow, grief, sadness and loss. Somewhat less expectedly, though, it also contains heartfelt messages of hope, enduring love, memories and undying devotion. Most of them also contain the inevitable message that life doesgo on as impossible as it is to believe that when a loss is still raw. It is something likely none of them could fathom 10 years ago.

Even though the recent media focus on the 10thanniversary of 9/11 has died down, the lives most affected by that tragedy continue. They do go on – some more able than others; some stronger than others. Some have become more re-integrated into new lives than others. But none of them – at least of those 100 letter writers who contributed to this book – are anything but honest and inspirational, even if heartbreaking.

Jenny Laychak, now a teenager, was seven when her father, David Laychak, was killed at the Pentagon. In her note to him, she captures that inevitability of “moving forward” without losingthe loves and shared experiences of the past: 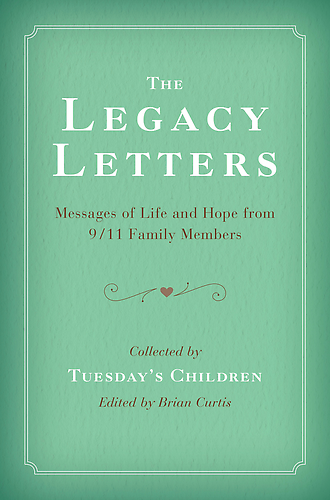 Legacy Letterswas collected by Tuesday’s Children, an organization providing support and programs for the families of victims and first responders of 9/11, and edited by Brian Curtis, a journalist and author who was in Los Angeles stunned and feeling helpless as the events of that day unfolded. With this project, he has become involved and, no doubt, been a help to the healing process for these families.

I’m not the little girl you remember. Mommy says I’m just like you. I love the Beatles. I love to read. I love fencing. I’m not the only one who has gotten older… Grandpa  is ninety years old, if you can believe it…Mommy is in her fifties (you didn’t hear it from me).

From Jessica, Stephanie, Maria and Jamie, daughters of James Waring, 49, head of security at Cantor Fitzgerald in the North Tower:

The most important lesson you taught us is to live life to the fullest; you certainly did. Still to this day, our hearts ache with sadness when we think about you and how your life was unfairly taken. You should’ve had the chance to be here with us and to experience all of our achievements and milestones over the past ten years. We miss you tremendously, but we want you to know that we are living our lives to the fullest, just like you did.

Julia Senit Escobar, now 12, wrote her Uncle Jimmy – James Audiffred, 38, who worked in building maintenance in the North Tower – that, though just a toddler when he died, she still remembers him holding her in his arms and “Spanish dancing with me across the floor.” She writes:

I hope you will watch over us!

James Michael Gray was an almost-45-year-old firefighter called to the North Tower on 9/11. His sister Pitzal, now 42, wrote:

In your death, I have gained the knowledge of bravery that stuns the world, the legacy of a hero that my daughter is now reading in her history books. I know that when it is my time, you will be there to greet me with open arms.

In reading the emotional, poignant messages here – how I have missed you, here’s my latest triumph, here’s how the kids are doing – it reminds me how cathartic and healthy it is to put feelings in writing. Isn’t this a technique often used by psychologists and counselors, urging their patients/clients to express and release their deepest emotions?

To this day, I still feel that smoke can carry messages of love or despair and have, more than ones, written letters of affection or frustration, feeling thoroughly satisfied as they curl up on small flames.

Why notsit down and address a meaningful note to someone who will be missed over the holidays? Even if you don’t believe in smoke signals carrying messages of love, the mere act of writing, expressing and, yes, even sharing, could be a way to include someone in your holiday thoughts even if they no longer have a seat at the table.

That is a very important and that is a good idea to do these letters. People often prefer to write something instead of telling because it's easier.
Thank you for your article | mp4 to mp3 converter http://mp4tomp3converter.org/