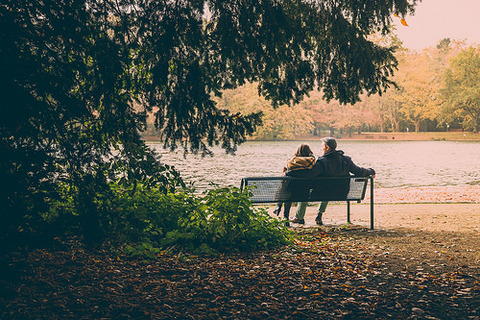 In the aftermath of her daughter’s death, my friend Isabel’s memory is hazy. She recalls friends surrounding her; they called, sent flowers, prepared meals, made donations, and attended the memorial service. And then silence. In the ensuing weeks, it took all her energy to assume fragments of her routine. Isabel said she exhausted her reserve and could not muster the energy to reach out. Her husband, while shouldering shared responsibilities, felt depleted as well. As Isabel began to comprehend the enormity of her loss, she felt alone.

Isabel has plenty of company as other bereaved parents share similar stories. Most report an overwhelming wave of support during the initial period when the newly bereaved are protected by shock and can barely register their loss. When the numbness wears off and it is time to mourn, friends are sparse. The bereaved might find it hard to find others to share their grief and this is the time when loneliness sets in.

While many bereaved face the same dilemma, it can be particularly acute for bereaved parents. The death of a child is particularly tragic. It is unexpected and shocking, totally out of the natural order of things.

Bereaved parents lament not just the disappearance of old friends, but the pain of losing them. They don’t understand why some friends can’t stand beside them in their hour of need. One bereaved parent explains it best: Some people don't want to feel what you're feeling.

This comment hit home as it happened to me. In one particularly painful exchange a colleague’s husband told us that he had a meeting scheduled the morning of our daughter’s funeral. He could have rescheduled, but was so uncomfortable with the idea of going to a baby’s funeral that he chose not to attend.

While I, too, lost friends after my children’s deaths, there were friends who stayed the course and embraced the wisdom of Irish statesman Edmund Burke: "The true way to mourn the dead is to take care of the living who belong to them." The friend you thought would be there for you may not be, but someone else you never expected might step into their place. Embrace them and as gracefully as you can, let the others go. The changing nature of friendships is another facet of the mourning cycle.