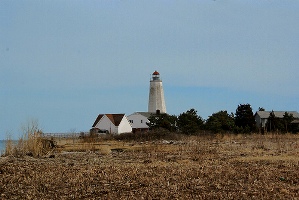 My mother’s birthday was July 25. She would have been 87, hard for me to even imagine as she died at age 45 in 1968 – 42 years ago. A whole lifetime ago. So many culture changes ago. So many upheavals ago – none of them, however, as devastating as losing a mother at a young age.

As my avocation is reading and writing obituaries, wanting to always know more about what makes people tick – even when they are no longer ticking – I’ve been thinking about how her obituary would read if she died today. It would be a very different story – and a more complete one.

This is the obituary that appeared in the Atlanta Constitution and in The New York Times in 1968:

Suzanne “Hebe” Moeller Soper, 45, died at home September 29.
She was born in New York, the daughter of Mr. and Mrs. Richard
H. Moeller of Casey Key, Fla. She attended Wheaton College
before marrying George M. Soper. She was the secretary to the
headmaster of The Westminster Schools. She leaves three children,
Susan McLeod, Wendy Jean and George M. Jr. Burial will be in
Saybrook, Conn.

Here’s how she might be remembered if we were writing her obit in 2010:

Once diagnosed with breast cancer five years ago, Suzanne “Hebe” Soper never gave up. She never complained, maintaining a brave and cheerful outlook of an optimistic future – even through countless radiation and chemotherapy treatments, broken bones, X-rays, hospitalizations and pain. She continued to raise her three children and be involved in their lives, through their daily needs and dramas, as they closed in on adulthood.

Suzannne, known to her friends and family as Hebe, was born July 25, 1923, and grew up in Larchmont, N.Y. where she attended Ursulin, before going to Wheaton College in Massachusetts. During the summer after her freshman year, she visited her roommate’s family in Old Saybrook, Conn. where she met George McLeod “Cloudy” Soper. It was not long before the two were married, in January 1944. They lived in Boston and Rumson, N.J. before moving their young family to Atlanta in 1954.

Filled with compassion and interest in others, Hebe made friends easily and maintained contact with many. She was an active volunteer, most notably for the Florence Crittenden Home, driving young pregnant teens to their doctors’ appointments. As her children grew, she began working outside the home – for Casual Corner and then for The Westminster Schools, as secretary to the headmaster of the Boys’ School, Dr. Don Gabelein. She was beloved by the students who dedicated their 1966 yearbook to her. She instilled a feeling in the students reflected in her quote “And the joy love brings is the reason for being…”

Before her illness, Hebe was a capable tennis player and energetic walker. She loved being outdoors, working in the yard and raking leaves into piles for the children to jump in. She also loved a good bourbon and water and a roaring fire.

Hebe was an avid reader – of the newspaper, of biographies, mysteries and even books about baseball heroes. As she was confined to bed, she loved watching sports on TV, was dismayed and saddened by televised reports of the Vietnam War – particularly as friends of her children were deployed – and continued to correspond with friends and family in her beautiful and distinctive handwriting. She was clever in her own writing, especially in creating rhymes, and was an enormous help with the school challenges the children faced in homework assignments, papers and projects. She was also good with numbers and games – from the word game Jumble to Canasta, Russian Bank and crosswords.

Hebe is survived by her husband, Cloudy, and her three children: Susie, Wendy and Mike. Her parents, Dorothea and Richard H. Moeller, of Casey Key, Fla. also survive her, as does her brother Richard Moeller of Bangor, Maine, and several fond nieces and nephews.

In lieu of flowers, donations made to any wildlife or nature preservation society would be an appropriate and appreciated way to celebrate her love of the out of doors.

Hebe’s life will be celebrated in a small family service at St. Martin’s in the Field with a burial in Old Saybrook, Conn.

Feel I truly know "Hebe" from this obituary, Susie...and certainly know that I would have loved her.

my mom passed when i was young 1975.this year seem so hard for me.my daughter is living in onther state so i dont have anyone to celebrate with.i wish i had the chance to see her as a granmother.i wish i had her just to talk with.am so sad and dont know what to do about it.

I had a friend that passed away with the cause of breast cancer . She was only 26 years old. So sad how people die over this horrible things. So I know that it easy . My dad died of cancer last month on Dec 1st at 7:58 in the morning time in his own bed. I never got to see him or even say my last good-bye. My family wouldn't let me see him before he died or even be involved with the funeral. It is still so hard that he passed away. He was my best friend

Please see what I have created for my Beloved Son Professor Howard Eugene Langer.

I would deeply appreciate any comments you might have regarding this site.

I also am very grateful for your taking the time to visit!

Comment by Robbie Miller Kaplan on September 6, 2010 at 1:24pm
This is really beautiful, Susan! I hope it was cathartic to write and a comfort to read. Thinking of you and your special mom!