While I spent three years in Muncie, Ind., attending Ball State University, I never drove in the town until the past three days. And for three days, I constantly missed my turns. While I realize I don’t remember much of my last year there (following my sister’s suicide and then the death of my maternal grandmother seven months later), it was baffling to me that I consistently remembered things opposite of how they really are. This included where the bathroom is in the home of “adopted” mom from church. I walked down the hall, remembering that the bathroom was on the left but finding myself turning into one of the bedrooms because, in fact, the bathroom is on the right.

As I drove back to the Chicago area yesterday, I missed my turn off I-294 to I-55. Thankfully, I remembered that I could stay on I-294 and hit I-88 which would take me right back to Naperville as well. Since I was going a different way, I thought about what I could stop and do while I was on the north end of town rather than coming into the south end. Besides picking up milk at the store, I thought I would stop at the cemetery and see the graves of my dad and sister.

Walking across the tall grass (thanks to massive amounts of rain), I looked down at my dad’s headstone and there lay three pennies strewn across it. 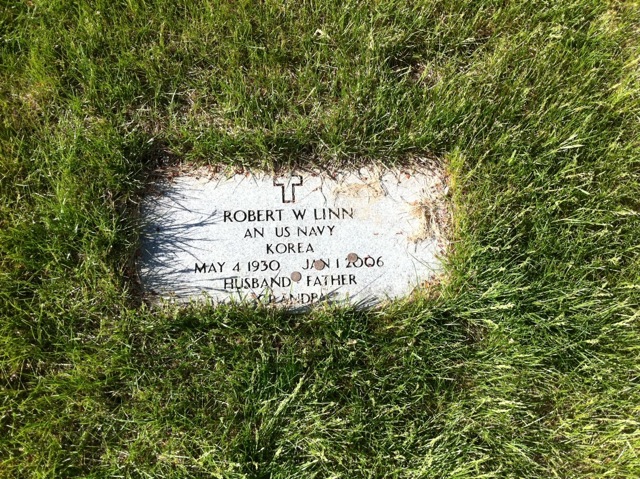 I didn’t put them there. I called my mom and my older sister and neither of them had been to the cemetery in some time. I’m not even sure how they would have survived the power of the mower but they had clearly been there for a while.

That’s when I realized that there are no missed turns. There are no wrong turns. This last missed turn led me to the cemetery, a place I hadn’t planned to visit, to see these three coins on my dad’s headstone, the very person whose death started my journey of finding the coins. And yet one more confirmation that the journey is as it’s supposed to be.