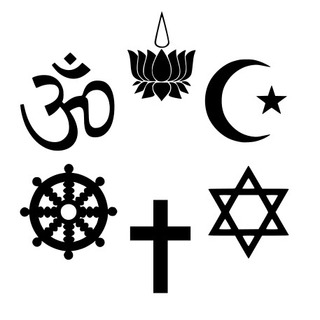 For example, a friend was perplexed after his brother died. One of the many cards he received was a Mass card and it came from one of his brother’s colleagues. My friend is Jewish and he didn’t know what a Mass card was and had no idea who to ask.

Unless you are Catholic, you may not know what a Mass card is either. Members of the Catholic faith send Mass cards to let a bereaved family member know their loved one will be remembered and prayed for at a Catholic Mass. Mass cards can be purchased at a local parish but they are sometimes available by phone or online. The sender usually arranges for a date and time for a Mass to be said for the bereaved. While you don’t have to be Catholic for a Mass to be said for you, it is important to think how the bereaved recipient will feel getting a religious offering that is not of their faith. Or like my friend, have no idea what the sympathy gesture represents.

I can remember how confused I was when attending my first visitation since my faith does not hold visitations nor do we have an open casket. The visitation was for a neighbor and I stood in line at the funeral home with another neighbor. I was able to ask what was expected and she quickly filled me in. When I approached the bereaved spouse, I took my cues. She was receiving visitors with her brother and she introduced me. I knew to express my condolences to them both and acknowledge the open casket to their left. After greeting a few other neighbors, I comfortably left the visitation.

While discussing cultural and religious differences in mourning rituals with another friend, she confided that her husband’s office made a mistake when a Jewish colleague’s spouse died. Not knowing Jewish mourning etiquette, the office sent flowers. It wasn’t until later that they learned that you do not send flowers when someone of the Jewish faith dies. Those who practice Judaism believe that flowers are for the living. It is more appropriate to honor the bereaved by making a donation in memory of the deceased.

More information on religious and cultural differences related to funeral and mourning customs can be found in How to Say It® When You Don’t Know What to Say: Illness & Death available at www.wordsthatcomfort.com and in Amazon’s Kindle store.

That's very helpful Mohan. Thanks so much for sharing that with us.

Robbie , thanks for sharing the article. You might have covered it in your book but even within the same religion/culture, there could be variances based on gender and age of the deceased. For instance, Hindus ritual generally involves cremation of departed, except for infants and minors who are buried!