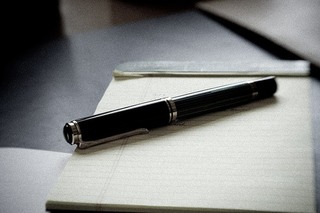 The death of a spouse (or life partner) is an extraordinarily complicated loss that turns a widow’s life upside down. She loses a companion, friend, lover, lifestyle and more. For that reason it’s best to keep your note short and simple if you are only a casual friend – as in, “Dear ---, I’m so sorry to hear of Tim’s death. Although I never met him, I recall you speaking of him often. I send my deepest condolences.” Or you can add something such as, “It was only last month that you talked about the vacation you were planning for your anniversary.”

Another possibility when you know nothing about the deceased is: “Sally has told me about your husband’s death. I just want you to know you’re in my thoughts and prayers. With sincere sympathy.”

In the case of a sudden and unexpected death (such as a hit-and-run while crossing the street), you might begin, “I was shocked to learn about Bill’s death. I don’t know what to say to you. This shouldn’t have happened. Please accept my condolences at this terrible time.”

Whatever you do, resist making (and mentioning) any assumptions about how the bereaved feels. That’s dangerous territory because there is no one way to feel when you lose your mate. A widow who spent many years caring for a spouse with Alzheimer's disease, for example, may feel relief after the death, as well as guilt for that feeling. Don’t assume anything about the person’s marriage either, whether you think it was strong and loving – or stormy. Only someone extremely close can know what is really going on in another person’s marriage. So don’t go there.

Be very careful about saying anything of a religious nature, as well, unless you know for a fact that the bereaved is devout. You don’t want the person to feel uncomfortable, especially at a time such as this. And do not offer advice, no matter how helpful it may seem to you. Even such a statement as, “You’re going to get through this,” coming from a casual acquaintance, can make the bereaved angry.

Do you have a question you’d like Florence to answer? Email her at fisaacs@florenceisaacs.com.

Florence Isaacs is the author of several books on etiquette, including My Deepest Sympathies: Meaningful Sentiments for Condolence Notes a.... She writes two advice blogs for Legacy.com:Sincere Condolences and Widow in the World, a new blog for bereaved spouses and partners.