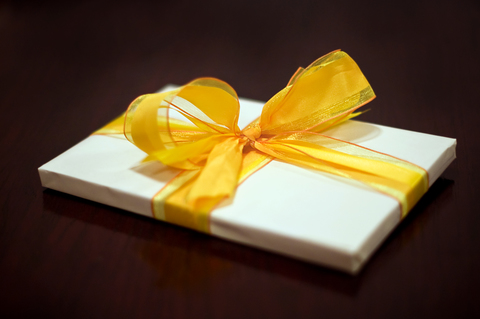 I recently wrote an obituary for a man who died suddenly and too soon. I didn’t know him – he was a friend of a friend – but because I am a writer and am immersed in all things obituaries, I am sometimes called on to pitch in for families and friends. In this case, my friend asked me to write the obituary because she wanted to give it to the grieving family as a “gift” – relieving them of as much of the decision-making, fact-checking, detail-gathering chores as possible at a time when the loss is most heartbreaking and raw. She met with the family armed with questions from the ObitKit I created for times like this. In a very few hours – with a few emails back and forth with family members – we had a lengthy portrait of a successful businessman and devoted family man, as well as traveler, foodie, golfer, mentor and friend.

Going through this process got me thinking, not just about obits as gifts, but also about the handful of books about obits that I have enjoyed reading. Reading obituaries is not a morbid pursuit, and an obituary collection doesn’t have to be a morbid gift. As we all age, we become more avid readers of obituaries – online and in the paper – and compare notes on what we read and what we knew about the person. Some of the best reads can be ones about perfect strangers when the obits are filled with the kind of detail that brings them to life.

In the spirit of the season, I’d like to share with you a few obituary-related books that have touched me and that actually would make fine gifts this time of year. Not only do they inform us about people and their interesting and quirky lives, they can also inspire us to move in a different direction hoping for a good write-up about us one day! Several of them are collections of well-written obituaries. A few are on loss and grieving and might be helpful to those who are bereaved or even those of us who just need to be reminded how precious – and fleeting – life is. Carpe diem!

52 McGs.: The Best Obituaries from Legendary New York Times Writer ... This is a collection of 52 gems written by the late Robert Thomas whose legendary obits were called, simply, McGs. With his gift for description and finding the soul of each person, he brought his subjects to life, from hustler Minnesota Fats to World War II spy Mary Bancroft. Former U.S. poet Billy Collins said Thomas “not only lifted the genre of the obituary to new literary heights, he has raised the dead by giving voice to some of the greatest unsung eccentrics of our time.” Like a book of classic short stories, this is definitely worth a read.

The Economist Book of Obituaries A sampling of 200 obituaries published in The Economistsince 1995 when the magazine began running an unpredictable selection of people who had died. Well, not even people, necessarily; the subjects range from a prisoner who died at Guantanamo to an African Gray parrot who contributed much to the understanding of how parrots learn. The Columbia Seven, a geisha, authors, a firefighter and many others are brought to life in these pages.

Letters to Jackie: Condolences from A Grieving Nation Those of us who remember the assassination of President Kennedy in 1963 will also remember the collective grief the country experienced after his death. Indeed, Mrs. Kennedy received over 800,000 condolence notes within weeks; the number eventually topped 1.5 million. Here, the words of mourners – whether written on beautiful paper or paper scraps – have been captured. All are heartfelt and eloquent – even if misspelled and rudimentary, whether typed, printed or scrawled. This book reminded me how much every note meant to me when each of my parents died – how important it is and how meaningful to read even a line of sympathy. This is an extraordinary collection.

The Legacy Letters: Messages of Life and Hope from 9/11 Family Members For more on this wonderful book, see the blog post I wrote around Thanksgiving time, the beginning of the annual season when all our lost loved ones are particularly missed.

The Obits: Annual 2012 Here are almost 300 obituaries printed in The New York Times during the past year. Presented in chronological order are actors, scientists, authors, journalists, athletes, musicians and a random assortment of colorful characters – all written as self-contained short stories offering informative glimpses into other lives that often connect with our own.

A couple of other books on the subject of coping with death and loss that particularly touched me and are extremely readable are:

About Alice A loving portrait of the woman who appeared for decades in Calvin Trillin’s New Yorker columns, from the beginning of their romance to her death from heart failure. The movie-star looking-couple are pictured on the back of the book jacket – with all the youth and good looks and vitality the book captures.

The Year of Magical Thinking Joan Didion was so caught off guard by the death of her husband, John Gregory Dunne, just before Christmas 2003, it took even this prolific writer a couple of years to try to make sense of the shock and the heartbreak. The story told will resonate with anyone who has been left to wonder, “What happened? Where did he go?” More recently, Didion has published another book about loss, Blue Nights – this one, about the death of her daughter Quintana Roo, also includes Didion's insights and fears about her role as a parent.