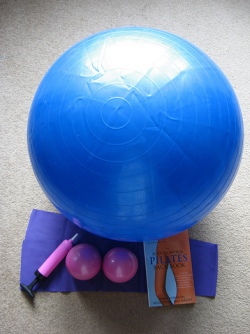 Pilates? This is important! She worked hard to qualify for this certification – going through 600 hours of grueling precision training and receiving harsh but constructive criticism.

Don’t we all have certain things that we’d like to be remembered for that might not seem all that notable to whomever compiles our “final résumé”?

Based on a random quiz of people I encountered over Memorial Day Weekend, here are a couple of things people say they would like included in their obituaries:

• A partner in a prestigious law firm: Hiking the Inca Trail to Macchu Picchu

• A real estate entrepreneur: Breakfasting with his mother – now 93 – every Wednesday for the past 25 years

• A high-end residential contractor: learning to cook after back surgery and delving into other culinary cultures, particularly Indian and Cajun

• A masters in theatre recipient: Recording for the Georgia Radio Reading Service for the blind, weekly for five years

• A small business owner: laying the brick floor in her spacious living and dining room herself (“a horizontal monument to myself,” she calls it)

• A long-time, prize-winning journalist: Skydiving (twice!) or starting a brand new career the year she became eligible for Social Security

If you are a reader of obituaries in newspapers or online, you have probably run into similarly quirky traits alongside career and military accomplishments, survivors and awards or recognitions.

An older friend of mine has begged me for years to write her obituary when the time comes so the headline won’t say, simply: “Housewife.” Never a cook, a joiner or an employee, she could be remembered for the dozens and dozens of her grandchildren’s sports games she religiously attended. Or, speaking of religion, that she was a devout but unimposing Episcopalian. One of the things I will remember most when she is gone is her evening ritual – after a cocktail – to slip a Frank Sinatra tape (yes, not even a CD!) into her “boom box” and, literally, dance from room to room in her two-story house (she’s 84) for a little exercise (having already taken a good walk in the morning).

I read an obit this morning in which a gentleman in Tennessee was cited for visiting magic shows. Oh yes, he also was a wounded Marine and cared for snakes in the Memphis Zoo. But who could ever forget his affinity for magic?

Well, we all have some of that in us!

Comment by Wendy McSweeney on June 13, 2010 at 7:58pm
A horizontal monument -- what a perfect image! i TOTALLY get that. It's not just about awards, degrees and membeships, is it? It's about LIFE.