Is it okay to take pictures at a funeral? 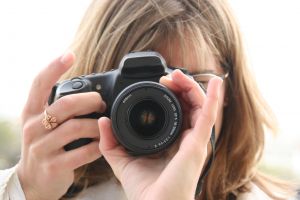 Q. What is your opinion of taking pictures at funerals? I feel that many mourners do not notice who was in attendance and photos are something that can help in the grieving process and later on. Also when is the timing appropriate to take photos?

A. We’ve all seen newspaper and TV photos taken at the funerals of luminaries, such as U.S. presidents and other prominent people—think Senator Edward Kennedy. Celebrity funerals for movie stars and idols of the music industry are often fair game for uninvited photographers who simply peek through the bushes to snap mourners arriving or departing. For the funerals of ordinary mortals, appropriate photo etiquette varies. The National Funeral Directors Association (NFDA) has no official policy on the subject, but a spokesperson notes that funeral homes would accede to the wishes of the family. A funeral is a time when all or most of the extended family congregates in one spot, and mourners may (or may not) want a family photo as a tangible memory to keep and share.

Many religions ban or limit photos. For example, photographs, videos and usually tape recorders, too, are inappropriate at Episcopalian, Roman Catholic, Muslim or Buddhist funerals, according to the book How to Be a Perfect Stranger: A Guide to Etiquette in Other People’s Religious Ceremonies. Photos and tape recorders may be acceptable at some Assemblies of God funerals; tape recorders are fine at a Jehovah’s Witnesses funeral. At a Lutheran funeral, ask the pastor for permission for photos, flashes, video cameras or tape recorders. You may be able to tape record at a Jewish funeral if you obtain permission first, but photos are not acceptable. I would not pull out a cell phone to take pictures in any place of worship where photos are banned. In cases where pictures are not an option, you might ask if they could be taken later in the day, such as at a meal.

Photos of the deceased

Many exhibitions exploring the early history of photography include photos of the dead in their caskets. In the 1800s, such pictures were quite common both here and abroad. Today, I know of at least one person who took pictures of each of her deceased parents at their respective funerals. The photos were a tremendous comfort to her. But others I’ve talked to consider such pictures morbid and even shameful. Of course this becomes a moot issue if the deceased is cremated.