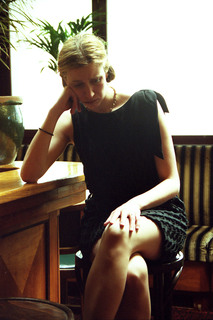 My friend attended the funeral and funeral reception and since the family is Jewish, she helped organize and attended the Shiva. She was quite surprised by some of the behavior and questions that hurt both her friend and her bereaved mother.

It’s understandable that friends, neighbors, more distant family members, and community members may be shocked when a death is unexpected. But is it really appropriate to question the bereaved at a time when they too are shocked and in the midst of participating in funeral and burial rituals? Is it so important for people attending a funeral to know right away the specifics of the deceased’s demise?

Not too long ago a neighbor shared similar stories with me. She too felt bombarded with inappropriate questions and comments as she left her husband’s funeral service. Several of the attending neighbors were divorced. Two statements stuck with her – and me. One neighbor said, “I was devastated after my divorce so I know just how you feel.” Another said, “Now you can go line dancing with us.” This neighbor belonged to a group of divorced women who went line dancing each week. Apparently she thought this inclusion would cheer up my neighbor as she was burying her husband.

It can be difficult during shocking and sad times to be quick on your feet and say the right thing. That’s why it is so important to think before you speak. I doubt that anyone deliberately means to hurt the bereaved so that’s why it’s usually best to play it safe and stick to expressing your condolences. Depending on your personal relationship, save the questions for another time and another place, or maybe not at all. First and foremost, respect the right of the bereaved to grieve and share only what they’d like to share.

I am so sorry for your loss.I was notified by my 2 older daughters!I was driving home from work and i get the call. Dad we need to meet you for dinner and talk about some things between me and them. I thought how cool, they are reaching out to talk about whats up in there lives. When I get there I see Lyndsie holding her baby and Nicole off to the side. I did not even have time to get out of my car before they said that "chelly" was murdered in W.S. I would been better off if the police notified me.I absolutely lost it.I let Chelsea go there for the summer of 2004' so she could spend time with the mother and grand mother.I was notified by "Chelly" two weeks later that she liked it there and she going to stay, and by the way good luck getting me back.She was just 13, these 2 ladies did everything in there power to shut all contact with me.The sad truth is you never call a father to dinner to tell them that there daughter was killed.. By the way I will never go to a Denny's again.