What you should never say to the bereaved 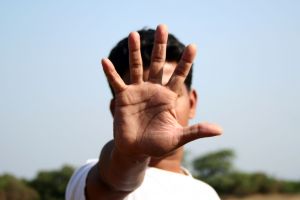 Words might be the best way to express condolences following a death and it’s the words that stay with us the longest. Unfortunately, it’s the negative words that the bereaved seem to remember, so think carefully before you speak.

One bereaved mom told me that she still remembers what a friend said, even though her baby died thirteen years ago. “She told me my baby was in a better place. How could she be in a better place when she should be here with me?” Interestingly, I’ve never heard someone say, “My friend said the most loving thing to me after my sister died and I think about it all the time.” Instead, it’s the negative things the bereaved hear that they continue to replay.

I’m always shocked and surprised that family members, friends, colleagues and neighbors can say such inappropriate things. It’s very sad that the sting of something so hurtful lingers for so long. If you were to discuss these comments with those who said them, the individuals would most likely have no recollection of what they had said or how they had hurt you. It is so important to be supportive to the bereaved but most important, to think before speaking. The legacy each of us should leave is one of caring and support, not hurtful statements.

So what can you say? Tell them how very sorry you are and give them a hug. That’s it. Show you care and if they would like to speak, listen. Keep it sincere and simple and maybe, just maybe, they’ll tell a friend that someone knew just what to say and do. And they’ll be talking about you!

Yes, I agree with you.  I heard from one person (she is a medium of sorts), and she told me she felt my husband was telling her that this was a new beginning.  New beginning?  Say what?  It wasn't the new beginning I wanted.  Don't get me wrong, she is a lovely lady and has been very helpful so many other ways.

I had a difficult time trying to excuse some of the cruel words said to me after the loss of my daughter.  I am still haunted by the image of a woman at the wake that swatted me in the arm and said in a chastizing voice, " Stop being so strong, start crying"!.  I learned the true character of people which helped me chose who to surround myself with.

During the week that I lost my mom I had family all over smothering me.  Then everyone was walking on egg shells around me not knowing what to say.  Now, they say nothing.  They moved on.  Everyone waited for me to crack at the time. The reality is I am struggling now with the quiet.  It really bothered me when people would say I'm sorry, she's no longer suffering etc.  I know they are just words to say but it was finger nails on a chalk board at times. The worst for me was the simple question how are you. If one really thinks about the question are you really ready to hear the answer?

It is nice to have a site like this to know I am not alone because the reality is inside I am not fine at all.

While of course it's good to educate people on what inappropriate things to say - what about people who say nothing at all?  I found this when I came back to work after my husband's death.  My immediate supervisor was supportive, saying "just let me know if you need more time" and my own department did send a card/flowers previously.  However, I work fairly closely with people in other department who said absolutely nothing. I found that to be a bit hurtful, but what can you do except carry on.  Later on, I found that someone in management (I still don't know who) instructed them to say nothing, it would make me feel bad!

I returned to work during early January, and I've only recently found out from some of these folks  that they'd have liked to have given me a quick hug and supportive wishes, but they figured that they had to follow Management's directive.  Some of them have been sooo apologetic (and I certainly don't fault them for following orders) but honestly.  Do the higher-ups think that I get up every day forgetting that my husband is dead, and having co-workers say "I'm thinking about you, how are you doing?" is going to remind me?

I am so supportive of your words, Robbie. As a bereaved mom, I am glad that you have written this book and are posting these blogs. It is my hope that your words of wisdom become commonplace in our culture.  Although my book is written in memoir form, I do offer "Gentle Points" at the end of most chapters so the reader has an opportunity to reflect on acts of compassion.