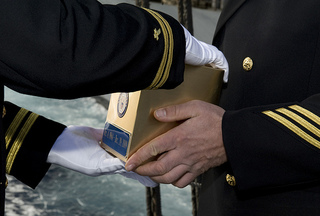 I’m on your side. The very thought of cremation gives me the shivers. It’s so final—no chance of coming back. (I know. I know.) Others, however, feel differently. Their worst nightmare is being pronounced dead (mistakenly) and buried alive. The fear, called taphophobia, played a role in three or four stories by Edgar Allan Poe. More recently, Chicago Sun-Times critic Roger Ebert announced his own view on his blog just a few years ago. Titled “Ten Reasons Why I Want to Be Cremated,” the blog post features covers of the old horror comic book “Tales from the Crypt.” In one illustration, an unfortunate fellow wakes to find himself in a casket six feet under. No chance of that happening if you’re cremated.

Regardless of individual preferences, the fact is cremation is booming. According to the National Funeral Directors Association, 40.62% of deaths in the U.S. in 2010 involved cremation vs. 26.17% in 2000 and only 4.59% back in 1970. Cremation is particularly popular in Nevada and several other western states, which have the highest cremation rates in the country. 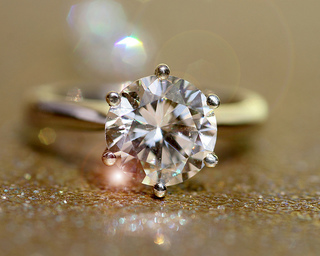 Affordability is a prime reason for this growth. Cremation is much cheaper than a traditional burial—as little as one quarter of the cost—and offers practical advantages for the bereaved. We move around a lot in our society, sometimes too far away to visit a loved one’s burial site. But we can take an urn with us. The ashes can also be divided among survivors, using “shared urns,” which are smaller than the usual containers. Today some bereaved even buy “cremation jewelry,” such as a pendant or necklace containing ashes of a loved one. Not everyone finds that idea appealing, but those who do find comfort in staying close to the deceased.

Others may opt for cremation because they want their final resting place to be somewhere other than a cemetery or urn. Many choose to have their ashes scattered in favorite spots, places that hold some special meaning, or places of particular natural beauty. Some choose cremation because they believe it is more environmentally friendly than traditional burial—and ashes quickly become one with nature.

Increased religious acceptance has also removed some earlier barriers to cremation. The Vatican no longer bans cremation. Protestant churches generally accept the process, as do Reform Jews. Cremation is possible for Conservative Jews, but a rabbi can’t officiate at the service. On the other hand, Orthodox Jews view cremation as a desecration of the body, and Islam prohibits cremation.

Chances are the cremation trend will continue. Canada already has a cremation rate of 58.17%. Can the U.S. be far behind?

I chose cremation for my daughter. We are Catholic so we chose to have her ashes buried. The thought of her whole body underground was too much for me and my husband to handle.  We are both going to be cremated and put in the same plot that my daughter is in.  That gives me some comfort knowing we will all be together.  This is just how we feel and I understand if others feel differently or choose other options.  Its a very personal thing. Peace to all.