Writing a Condolence Note About Someone Who Changed Your Life 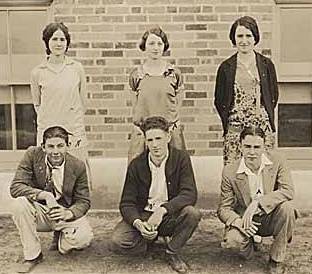 Q. I am thinking of sending a condolence message to a neighbor I knew decades ago. I just heard that her father passed away last November. If I had known at that time, I would have attended his funeral even though it would have involved a very long car trip to another state. I do have fond memories of this man, who was a kind and caring person. When I knew him I was a teenager and on the school debating team. He was a big fan and cut out articles from the local paper any time the team or I was mentioned. I have no idea what happened to those clippings, but I thought it was so cool that he paid attention. After so much time has passed, is it appropriate to send a condolence note to the daughter that would talk about this memory?

I think your note is a wonderful idea. This is what a good condolence note is all about—saying something meaningful to the bereaved and, if possible, capturing the essence of the person who died. This woman’s father made a positive impact on your life at a key point—adolescence. He noticed and applauded you. Through his actions, he built your confidence and said, “Be proud of yourself and your accomplishments.”

Often we don’t have the opportunity to write special condolence messages like this one because we didn’t know the deceased (or the person had no effect on us). We’re connected in some way to the survivor only, who may be a friend, relative, coworker or acquaintance. In your case, you have a chance to speak from the heart about someone who made a difference for you. You’ve already written the note in sentences 4 through 7 of your question above. Your words paint a vivid portrait of your neighbor’s father and speak to an aspect of the man she may not have thought about before. Everybody wins—you for writing your thoughts and gaining some closure, and the recipient for being nourished by a poignant memory. Often in life it’s the little moments that mean so much.

Actually you’ve inspired me to write a similar note to the grieving son of someone who changed my own life in ways large and small. It is never inappropriate to do this, no matter how much time has passed.